A student at League Academy in Greenville became a real-life hero of sorts upon receiving the Clean Energy Hero Award from the Propane Education & Research Council. The national non-profit organization, which promotes clean energy initiatives, surprised seventh grader Jack Kendrick with the award after he successfully petitioned his school district to purchase its first propane school bus designed for special education students.

“Jack’s love of buses, and specifically propane buses, has struck a chord with all of us,” said Tucker Perkins, president and CEO of the Propane Council. “He is an unsung hero who’s fighting for an environmentally friendly ride to school not because he wants notoriety, but because he cares about his classmates and his community. He embodies what we want in our first-ever recipient of this prestigious award, and we are honored to celebrate him.”

After seeing other propane buses at his school, Kendrick, who has autism, wrote a letter to his school district requesting a propane bus for special education students. The letter, which read “out with the old, in with the new” and featured a drawing of a propane school bus, resonated with the transportation director for the state Department of Education and the state superintendent. At the beginning of the 2020 school year, Kendrick’s propane bus was adopted into the fleet.

Kendrick accepted the award and a gift during a celebration event at League Academy. Mary Leslie Anderson, principal of League Academy, also accepted a $1,000 donation from the Propane Council that will benefit the school’s science programs.

“At League Academy, we’re preparing the next generation of leaders in our country, and we’re proud to see how engaged students like Jack are creating a better world,” Anderson said. “His determination to petition the district for a propane bus that will create a cleaner environment for his fellow classmates is a great example of civic engagement and something from which we can all learn.”

With the addition of Kendrick’s propane bus, Greenville County Schools now has more than 20 propane buses in its fleet. Compared to modern diesel buses, propane buses reduce NOx emissions by 96 percent, which is the key building block to smog and ozone formation that can aggravate respiratory issues. Propane school buses also have the lowest total cost-of-ownership of any fuel, saving districts money that can go back into the classroom. 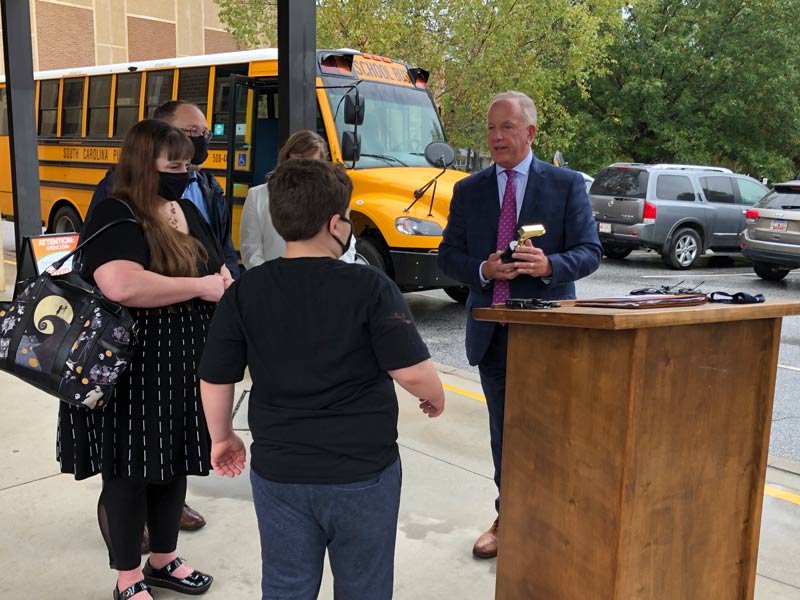 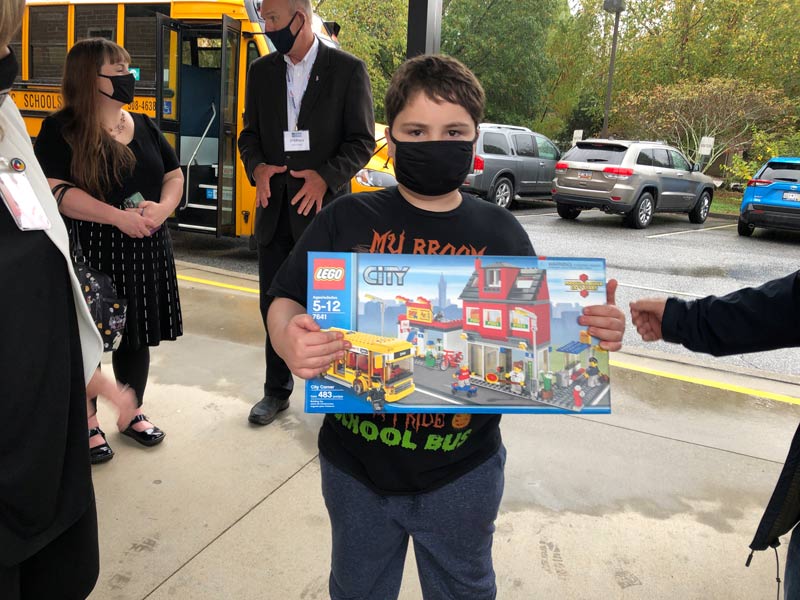 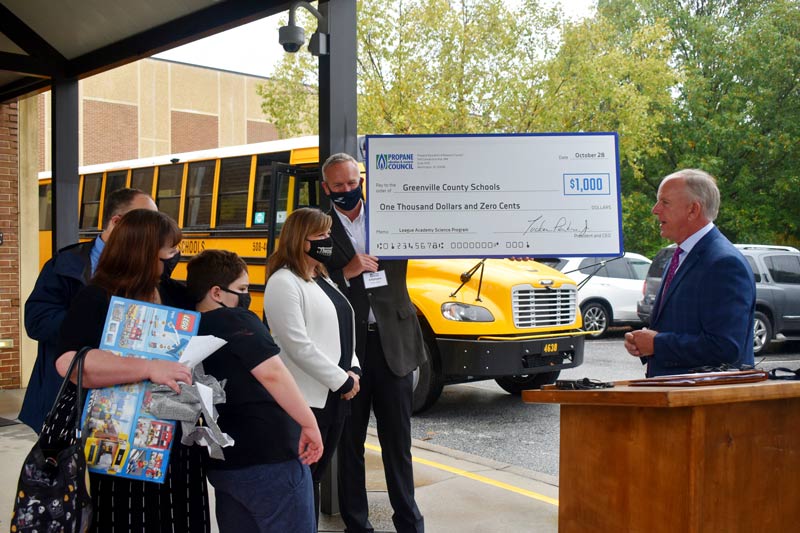 $1,000 donation from the Propane Council that will benefit the school’s science programs 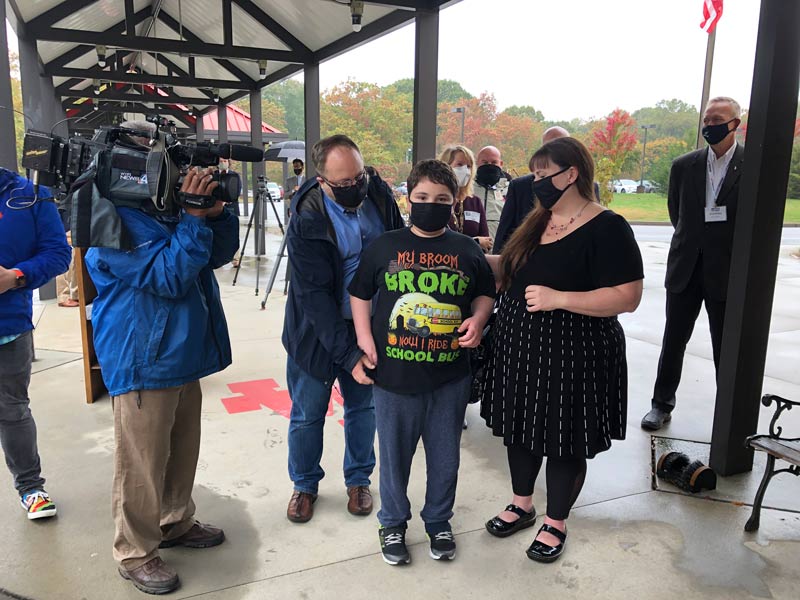 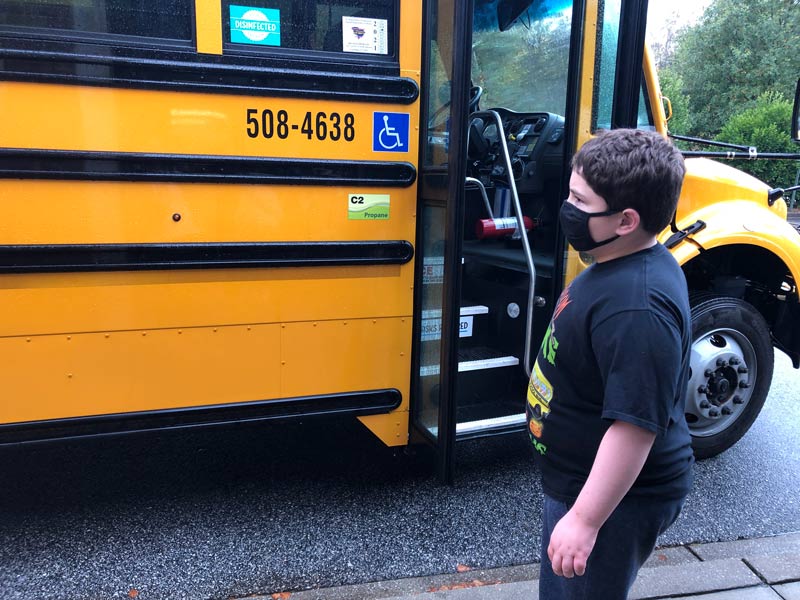 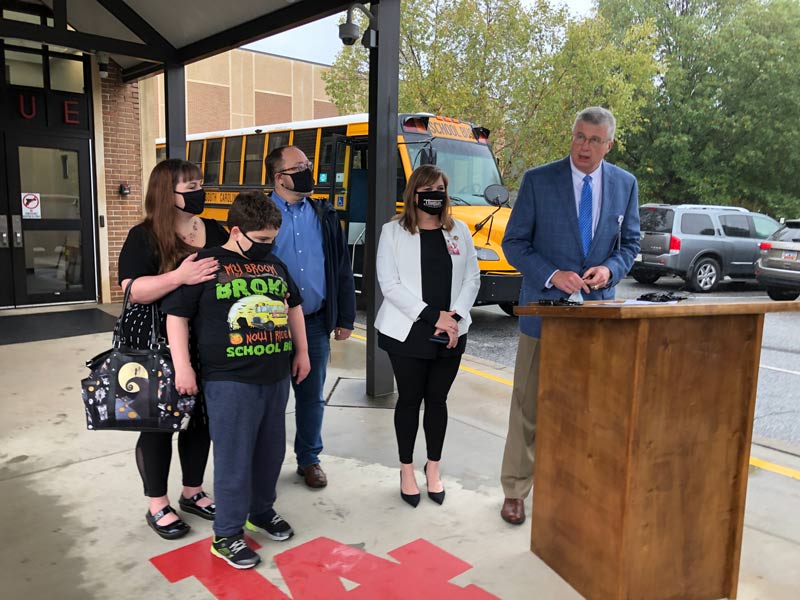