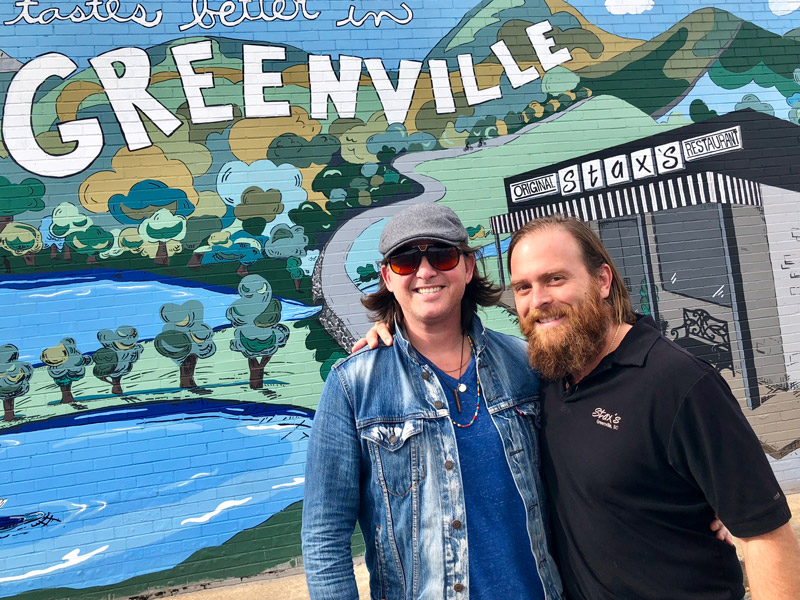 “Tinker” makes its world premiere on November 9th in Greenville. Written/directed and produced by two Travelers Rest High School graduates, Sonny Marler and Nick Stathakis, the family film has secured international distribution and has been the recipient of 19 “Best Of” awards and 25 nominations including winning “Best Feature” at the 2017 @ReedyReelsFilmfestival.

“The story is a father and son love story,” Marler said. Marler wrote the storyline for Tinker. The film is his directorial debut.  Much of the movie is based on personal experience for Marler.  He was adopted by his aunt and uncle.  The main character in the film adopts his nephew.

Marler and Stathakis were high school friends who stayed in touch when Marler moved to Los Angeles to pursue his dream. “He always thought I would be the perfect right brain to his left brain, businessman to his creative,” said Stathakis. “I told him if you ever get your shot give me a call twelve years later he calls, gets his shot.”

Stathakis operates Stax Original restaurant on Poinsett. This is his first venture into the movie business. “I came in a burger flipper, a chicken fryer but throughout this process I have color corrected, done sound editing, picked music for scenes and called Sony Pictures.”

Marler and Stathakis spoke to students at Enoree Career Center about the variety of careers available in film.  They hope to shoot another movie in Greenville and hire local talent.  Marler says construction workers can be set builders, cosmetologists can do hair and make-up.  Tinker used welding and machine works.

Tinker’ makes its world premiere November 9-15 at Camelot Cinemas (48 E. Antrim Drive) in Greenville. Tickets are sold through Camelot Theaters and the after party invitation is separate.

Tickets for the after party, which takes place at Zen’s on Main St

A portion of the proceeds from the movie’s run in Greenville will benefit Greenville County Schools. Portions of the film were recorded here in Greenville. To learn more, visit Tinkerthemovie.com follow it on Facebook at @TinkertheMovie or watch the trailer.