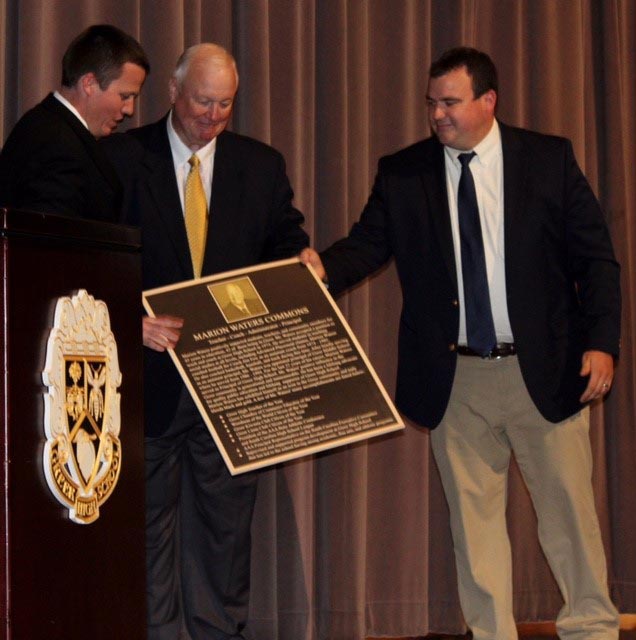 Former Greer High School Principal Marion Waters was honored Wednesday night as the school's Commons/Cafeteria was officially given his name.

Waters, who was the principal at Greer High School for 22 years until his retirement last year, was on hand with family and friends. He was honored not only during the award's ceremony but also during a pre-awards gathering in the school's Media Center.

Waters was given a replica plaque by current Principal Justin Ludley. The memento was a replica of an actual plaque that will be placed on the wall in the school's Commons. The plaque lists and describes Waters' career as a teacher, coach, assistant principal and principal.

Waters worked in education for 45 years; 42 of those years in the Greer Community.

Special thanks to the local businesses and people of Greer that sponsored this event: Citizens Building and Loan, CrestCom Bank, The James Agency, Jennifer Jones, Buddy Waters and Pierce Williams.