Woodmont High Presents Bring It On: The Musical 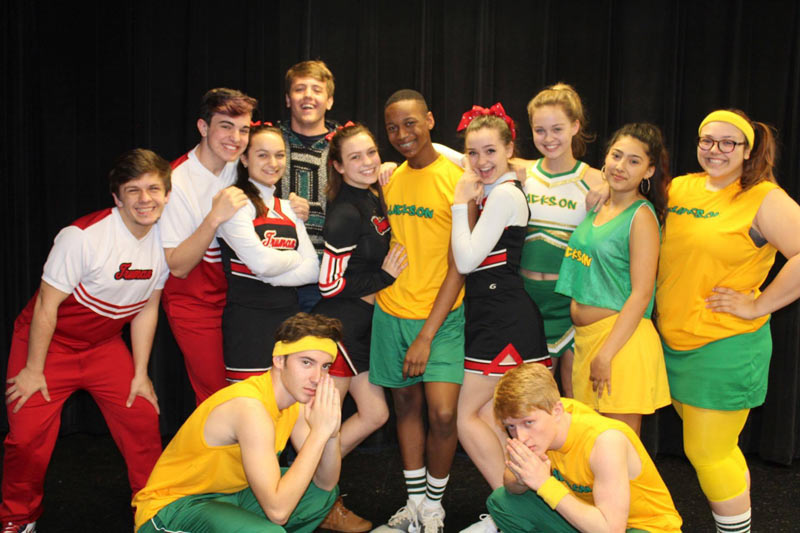 Woodmont High’s Wildcat Players will perform Bring It On: The Musical. Performance times are Thursday- Saturday, April 27-30, 7:30 p.m., and Sunday, April 30, 3 p.m. All tickets are $10 and available online or pay by cash or check at the doors.

The play takes the audience on a high-flying journey filled with the complexities of friendship, jealousy, betrayal and forgiveness. The show tells the story of the challenges and unexpected bonds formed through the thrill of extreme competition. The musical comedy, written by Broadway’s Acclaimed Lin-Manuel Miranda who is the mastermind behind HAMILTON, made its Broadway debut in August of 2012. The production earned Tony nominations for Best Musical and Best Choreography, and The New York Times called it, “Impossible to resist!”

The modern and explosive new musical comedy raises the stakes on over-the-top team rivalries. Set against the world of competitive cheerleading, this powerhouse new show hilariously proves that winning isn’t everything when it means losing something - or someone - you really care about. This musical comedy combines an exciting new sound, gravity-defying choreography, and a thrilling story to create a total theatrical event worth cheering for. “This show is so high energy and the dancing is like nothing the Woodmont Stage has seen with challenging choreography and stunting and vocal music that sounds like Broadway’s HAMILTON," shared Harry Culpepper, "It’s a unique show that I think will be totally unexpected."

The production is directed by Woodmont High School newcomer - Harry Culpepper, Jr. who directed the SC Theatre Association’s State Championship production of THE TASTE OF SUNRISE which went on to win multiple acting awards at the Southeastern Theatre Conference and was one of two schools filmed for Kentucky’s PBS/ETV Affiliate’s Documentary coming soon. Culpepper is no newbie to the community having graduated from Belton Honea-Path High School and the Fine Arts Center of Greenville and grew up on several community theatre stages in the upstate. He previously revived the Theatre program at Hilton Head Island High School before “coming home” to Woodmont. “It truly is an honor to come home to such a prestigious program and to be able to lead the continued growth and success of this program with a wonderful team including Jonathan Long (theatre teacher) and the amazing parents and community.” said Culpepper. He currently is the President of the South Carolina Theatre Association and a Masters of Arts in Arts Administration Candidate at Winthrop University.