For the first time, a Greenville County Schools runner has been named the Gatorade South Carolina Girls Cross Country Runner of the Year! Cate Ambrose, Riverside High, was recently selected for this honor, which recognizes her outstanding athletic and academic achievements. 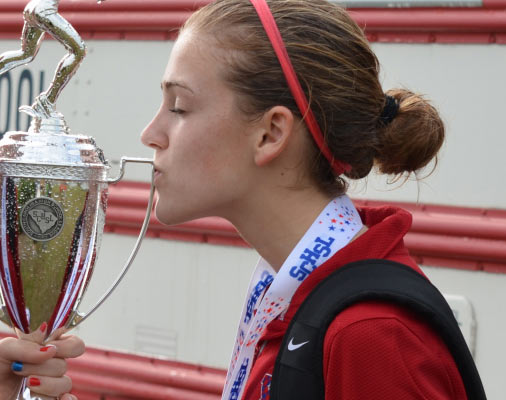 As part of her award, Cate received a $1,000 grant to donate to the charity of her choice. Cate has made her donation to the Special Olympics, having volunteered with the group locally.