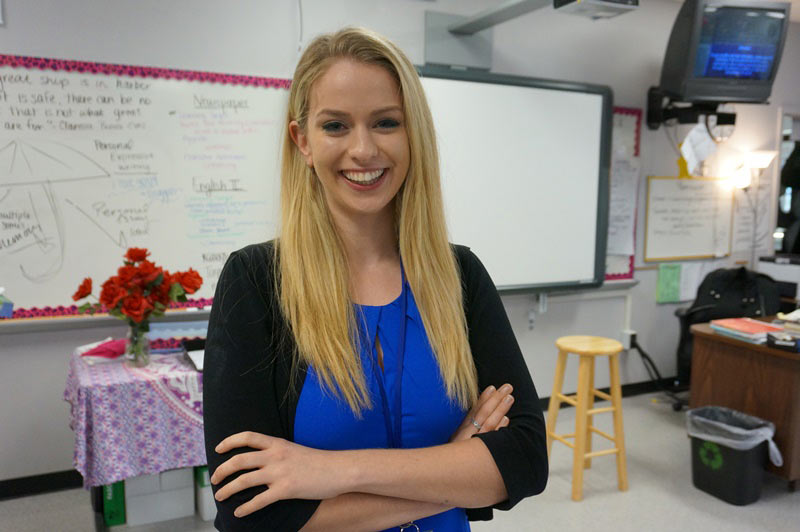 Rachael Weisinger, an English teacher at Travelers Rest High School, has been named a recipient of the 2016 Childers Education Foundation Teaching Excellence Award from Furman University. She received a $1,500 award during a conferral ceremony and special reception December 7. 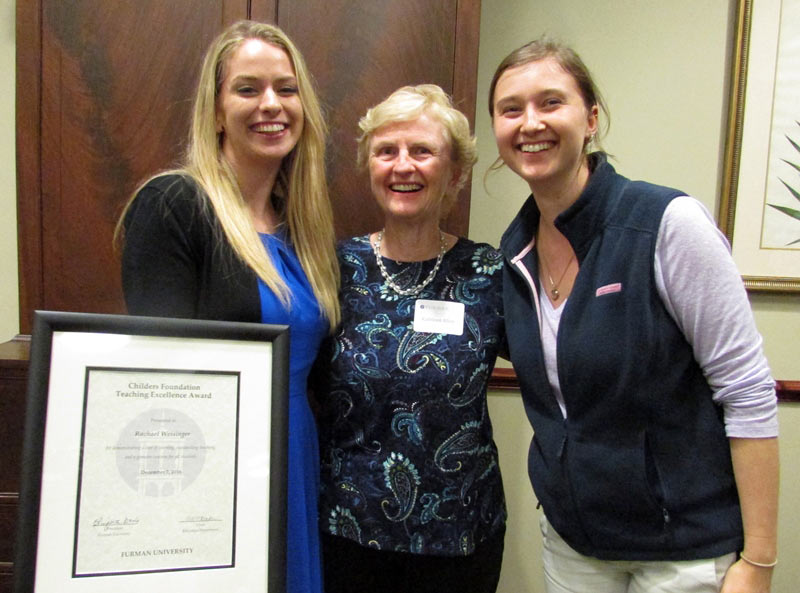 Weisinger, an English major, graduated from Furman in May 2016. A committee of Furman faculty, along with school administrators and mentor teachers who worked closely with award nominees, used three main criteria in selecting the Childers Award winners:  love of content, love of teaching, and love of student.

“Rachael Weisinger is an extraordinary and inspiring teacher,” said Dr. Nelly Hecker, Education Professor and Department Chair. “She not only cares for her students’ growth and well-being, but also engages them in thoughtful, well-developed lessons. We are proud to honor her accomplishments as a teacher and as a Furman graduate.” 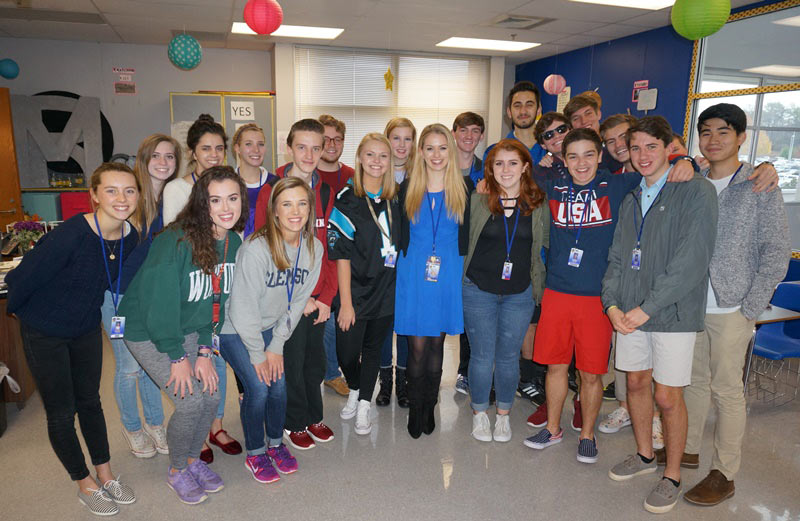 Weisinger said there was a time when she didn’t feel as confident about her teaching abilities. “I went into college fearful that just because I loved kids and Harper Lee, it might mean I wasn’t cut out to be a teacher. After all, you could love cars and racing, but it doesn’t mean you should be the driver,” she said.

After attending Furman, her fears were put to rest. In her first semester of teaching, Weisinger was named Travelers Rest High’s Teacher of the Month. She also led the high school newspaper’s transition from a print product to an online edition and produced a large-scale fund-raiser for the newspaper.

A group of Weisinger’s students also attended the ceremony, along with family, friends, faculty, mentors and administrators.

“We love her so much and we know she would show the same support for us,” said Travelers Rest High School senior Kendall Silvers. “I respect her as my teacher but I feel like I can also talk to her about anything that’s on my mind.”

“In classroom 227, I try to have us bring all of our voices together: mine, my students’ and Scout’s (from To Kill a Mockingbird). It’s a place where students are allowed to dislike a short story, and where they’re allowed to tell me what they thought of the most recent movie. It’s where I want to know what they did over the weekend. And it’s where, hopefully, they wonder about Atticus. My students will learn more, appreciate more, and listen more carefully if they listen to the voice that’s being shared,” said Weisinger. “I want my students to know that I am on their side, that I am rooting for them, and to me, they are the hero and protagonist of their own stories.”

The award for first-year teachers was established in 2009 by Marybeth Bunting Childers ’80, an education major at Furman who founded two schools and was named North Carolina Teacher of the Year, and her husband, Alfred Childers ‘80, a former member of Furman’s Board of Trustees. Ashley McCollum, a fifth-grade teacher in Spartanburg District 1, was also selected for the award this year.