This summer, two former Tanglewood Middle students are returning to their alma mater as teachers’ aides in the Summer BELL (Building Educated Leaders for Life) program that is part of the OnTrack Greenville initiative for rising sixth graders. Another former student will return to Tanglewood to teach sixth grade math when school starts in August. Here are their stories. 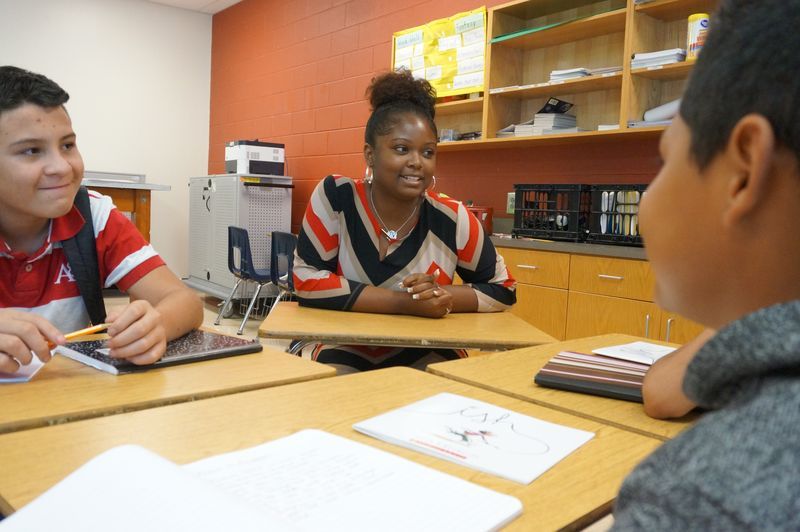 SaMeia Robinson, a recent graduate of the University of South Carolina, is spending a few weeks this summer assisting teachers and getting to know the sixth grade students in the BELL program. “There’s one student who reminds me so much of myself. In sixth grade I was a bit of a know it all. I felt like I knew all the answers. So if I could give her advice, I would say don’t assume you know all the answers. Make sure you are listening,” she said.

There were many teachers at Tanglewood who made a difference in SaMeia’s life, and she remembers the important roles they played. But it was the school’s news show that changed her life and led her on the path to majoring in broadcast journalism.

“I was on the TMS news show and that’s when I began to fall in love with the broadcast industry. We went to Newberry College and that was the first time I saw how a news program was put together,” said SaMeia. “Middle school was also the time when I fell in love with Soledad O’Brien. She was my role model.”

SaMeia hopes to one day create an organization that works with middle school students and helps shape their lives. “I’ve seen how someone can step into your life and change the whole path. I want to have that connection with young people,” she said. 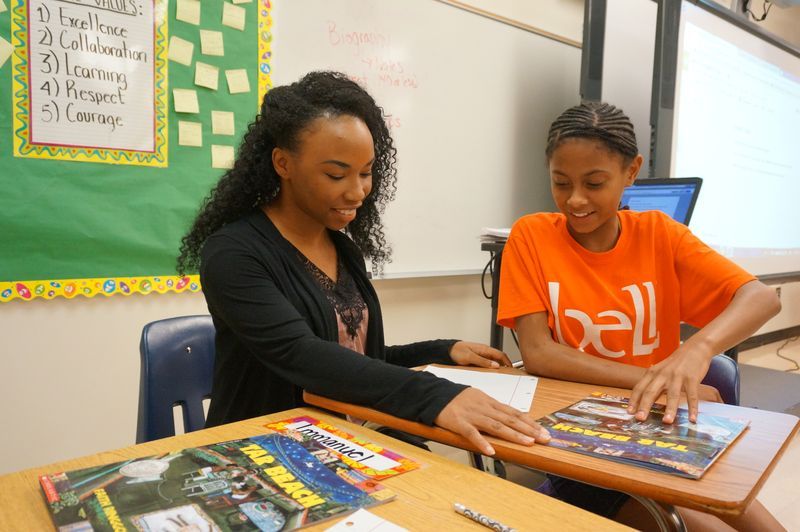 Originally from Washington, Tysona Greene came to Tanglewood Middle in the eighth grade. Her English teacher, Danielle Lee, made a tremendous impact on her life. “Ms. Lee took us on college tours and talked to us about girl stuff,” she said. “She took me and another student to Clemson University on Bring Your Daughter to Clemson Day. I think that visit was extremely important in helping me decide what to do with my life.”

Tysona graduated from the magnet health program at Carolina High and Academy, and recently completed her studies in Health Sciences at Clemson. Her long-range goal is to work for the Center for Disease Control. Like SaMeia, sees herself in some of the younger students at Tanglewood. “I was very quiet, and I recognize the quiet scholars in the program,” she said. “You also have the overly social scholars, so I’m trying to get them to focus more. I find myself trying to reach out to build relationships with them, because you never know what they have going on at home, and you may be what they need.” 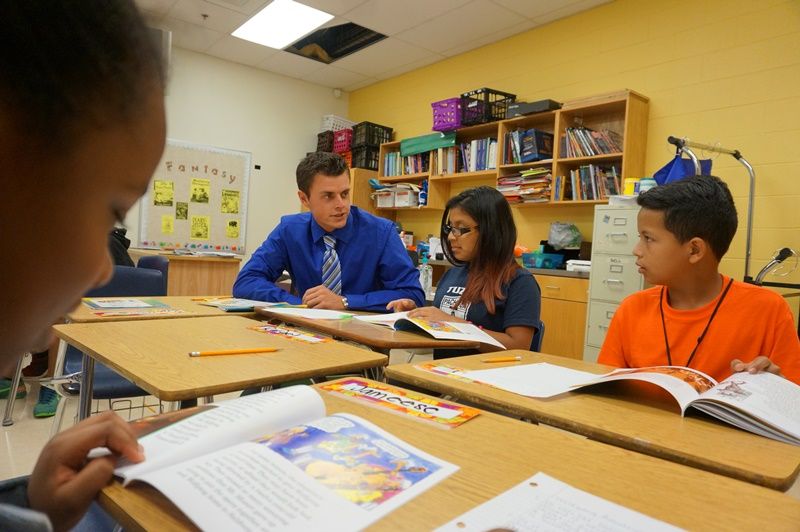 While Cody is not part of the teaching staff during the summer BELL program, he will bring great insight to the Tanglewood student body when he returns as a first-year math teacher in August. Cody attended Welcome Elementary, Tanglewood Middle, and J. L. Mann High Academy. After graduating in 2011, he attended Tusculum College in Tennessee, where he earned an education degree.

Earlier this year, Cody came home to Greenville and contacted Assistant Principal Anne Propst, asking her to talk with him about the hiring process. “When I came in to talk to her, she sat me down with Mr. Price, which was basically like an interview. I didn’t really expect that,” said Cody.

He got the job as a sixth grade math teacher, and is excited about his first day in the classroom. “I feel like this is a perfect situation. It’s close to home and there are people I know that I can lean on for support,” he said. “I hope that my story and being a former student here will inspire the next wave of students.”