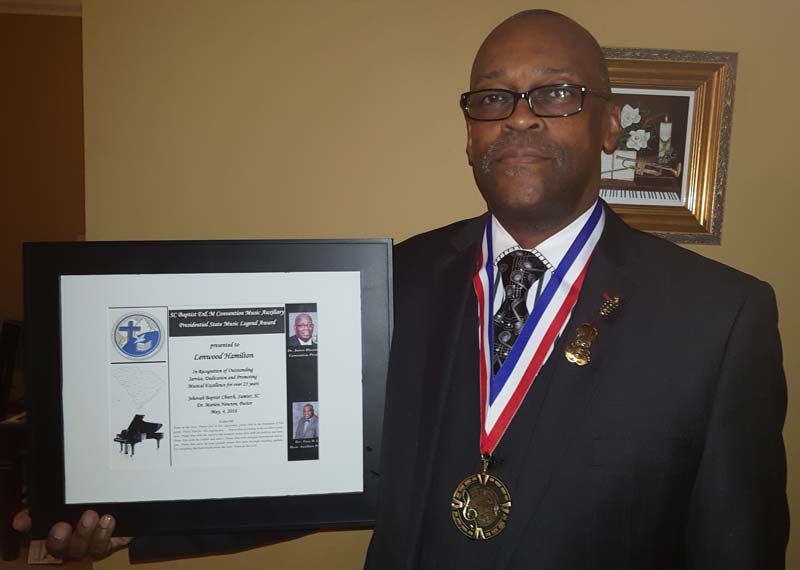 Lenwood Hamilton, who serves Berea Middle School as Band, Strings and Music teacher, has been awarded the South Carolina Music Legends Award from the South Carolina Baptist Music Auxiliary. The award is given to individuals who have given their time, efforts, and gifts for 25 or more years.

Hamilton has served Greenville County Schools for 34 years as band and music director at Greenville High, Hollis Academy, Parker Academy, and Berea Middle schools. He has received many awards including the 2007 WYFF Golden Apple Teacher of the year award, and has been twice-named a school-level Teacher of the Year.

Over the years, Hamilton has taught numerous students, some of whose parents he has also taught. “I am so privileged to be recognized for doing what I absolutely love to do – teach others about music,” said Mr. Hamilton.

Hamilton is the Chairman of Deacon’s Ministry and Minister of Music at Pilgrim Rest Baptist Church. During his 34 years in music ministry, his church choir has traveled extensively throughout the Southeast.