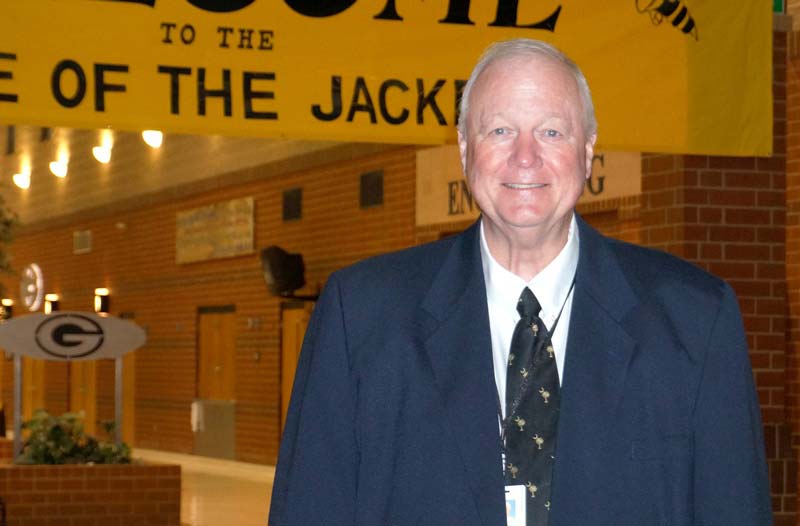 Greer High Principal Marion Waters has been recognized as AAA Principal of the Year for Region 2 of the South Carolina High School League.

Waters said he is honored to be selected. “I have seen first-hand the value and benefits of a school-based interscholastic athletics and activities program. Our community believes that participation in these programs is part of a student’s overall education,” he said.

Waters began in career in 1974 as a social studies teacher and coach at Greer High.  He later served Greer Middle School for eight years before being named principal of Greer High School in 1994. He plans to retire from Greenville County Schools in June. “It’s been a wonderful run. I’ve met many wonderful people who are the salt of the earth. I feel very privileged to have been able to serve in the capacities that I have,” he said.

He plans to spend his leisure time gardening, hunting, fishing, and nurturing his family and grandchildren. “I hope to see a lot of sunrises and sunsets, and fish from the dock down at Lake Murray, and occasionally I might even put a worm on the hook,” he added with a smile.