GCS Player of the Week - February 18

We have a special edition of the Greenville County Schools Player of the Week to honor a state championship team! 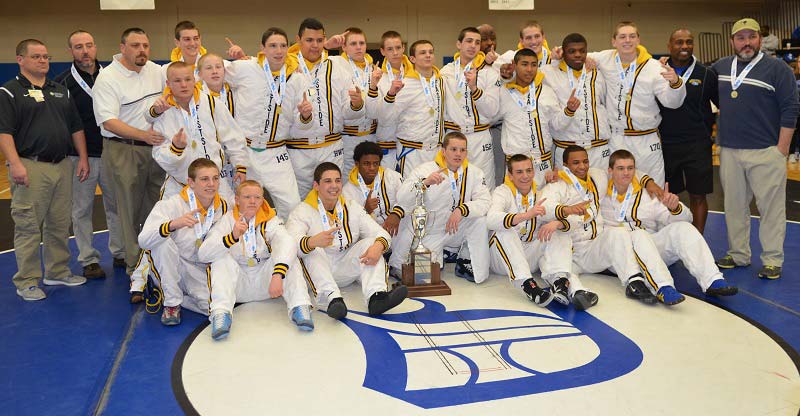 Eastside High Wrestling. The Eagles, led by coach Jack Kosmicki, claimed their 11th State Championship in wrestling by defeating Hilton Head 36-35 in Class AAA. The match started at 182 where Hilton Head put forth on of their premier wrestlers. Joseph Fernandez avoided pin for the Eagles, who trailed 0-5 after the technical fall. From that point Eastside wrestlers rolled! David Maholtz (195) and DeShawn Sullivan (220) earned 6 points apiece with pins in the next two matches. At 285, Eduardo Esparza put the Eagles up 15-5 with a 2-1 decision. Marzan Rumthao (106) added another pin in just 11 seconds and the route was on. Jordie White (113) and Cruise Baker (126) earned shutout decisions and Zane Mitchell (120) added a pin. Chance Pride (132) sealed the victory with a decision and the Eagles forfeited out to win 36-35.

Here are the other finalists as submitted by their school: