The Newbery Medal, named after English bookseller John Newbery, is awarded each year "to the most distinguished contribution to American literature for children published in English in the United States during the preceding year."

The Caldecott Medal, named after English illustrator Randolph Caldecott, is awarded each year "to the artist of the most distinguished American picture book for children published in English in the United States during the preceding year.

The books are available on Amazon.

Both Miyares and Cordell illustrated books that were on The Boston Globe's list of the top ten children's picture books of 2012. 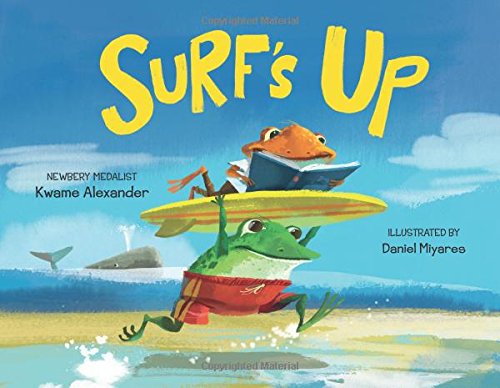 “Not yet, Dude! Books are boring! Not this one! Bro and Dude have very different ideas about how to spend the day at the beach. But as Bro continues to gasp and cheer as he reads his book (Moby Dick), Dude can't help but get curious. Before you can shout 'Surf's up!' both frogs are sharing the same adventure, that is, until they get to the beach. Newbery Medal Winner, Kwame Alexander, and Daniel Miyares have joined forces to give little listeners a wild ride.” 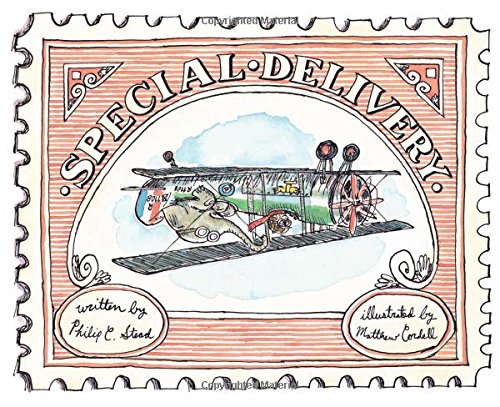 Sadie is on her way to deliver an elephant to her Great-Aunt Josephine, who lives completely alone and can really use the company.

She tries everything from mailing the elephant to boarding a plane, a train, and an alligator to get to her aunt's home. Along the way she meets an array of interesting characters, including an odd postal worker and a gang of bandit monkeys, who all help her get where she is going.

This eccentric and hilarious story from Philip C. Stead, the author of the Caldecott-winning A Sick Day for Amos McGeeand illustrator Matthew Cordell will surprise and entertain from beginning to end.