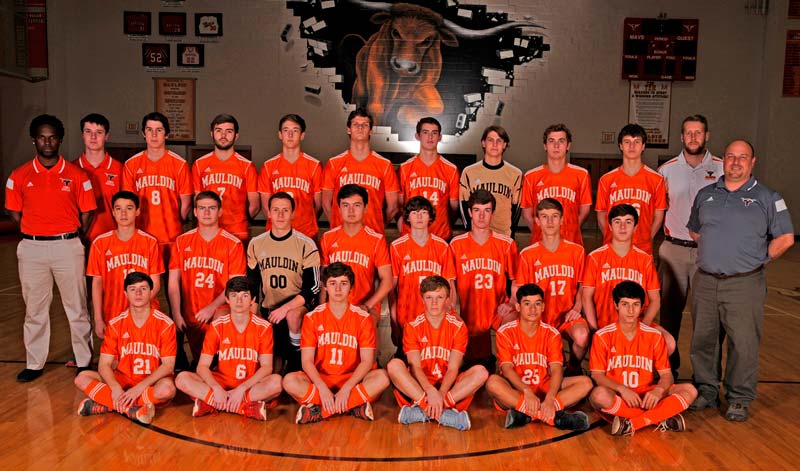 The Mauldin High Boys’ Soccer Team was recognized by the National Soccer Coaches Association of America (NSCAA) with the 2014-15 High School Team Academic Award. The NSCAA annually recognizes high school soccer programs that have excelled in the classroom, in addition to their performance on the field.

The Mavericks soccer team was one of 398 teams nationwide recognized for exemplary performance in the classroom as a team during the 2014-15 academic year. To qualify for this award, the team must have a minimum grade point average of 3.25 for the entire academic year. The team GPA is determined by adding every player's GPA, then dividing by the number of players.

The National Soccer Coaches Association of America (NSCAA) administers an extensive high school awards and recognition program which includes Coach of the Year, All-America, long-term service, and special recognition awards designed to recognize excellence in soccer, academics, and service to the game. In all, nearly 11,000 awards are presented by the NSCAA each year for high school, college and youth soccer programs. These awards and recognition are available only to NSCAA member coaches and their players.