Little League Players Back in Class 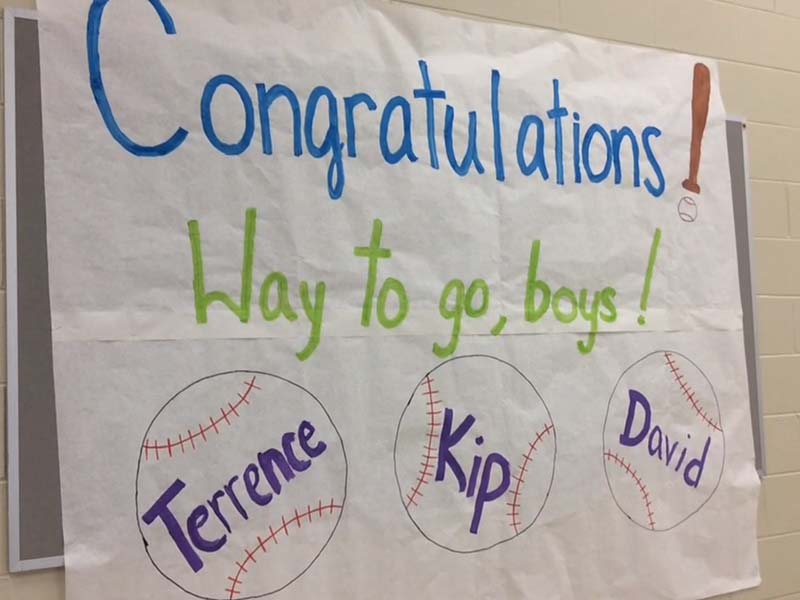 Northwood is the first South Carolina team since 1950 to compete in the Little League World Series. They made it to the second round before being eliminated by Kentucky.

They received a hero’s welcome with banners in car line and the cafeteria. The players were treated to free lunch and ice cream by sponsors and their school PTSA. The boys signed autographs and took photos with classmates during lunch time.

They thanked teachers and classmates for helping them stay up to date on their class work.