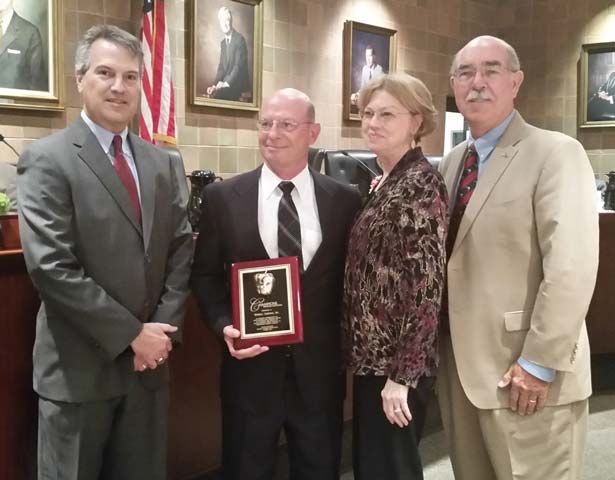 Hubbell Lighting has been named a “Champion for Public Education” by the South Carolina School Boards Association. The award is presented to community residents, organizations or businesses whose support and contributions have significantly benefited public schools.

The Greenville County School Board of Trustees nominated Hubbell Lighting because of its invaluable contribution of time and resources.

The award was presented Tuesday, August 25 to Paul Ross, the Regional Vice President of Hubbell by Scott Price, the Executive Director of the SCSBA.