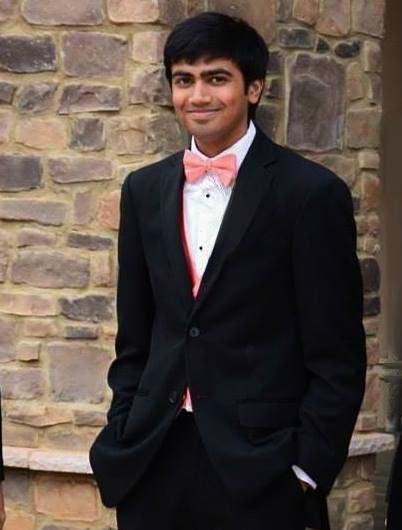 Greenville County Schools recognizes Southside High Academy senior Prateek Shah, who has been selected as a U.S. Presidential Scholar under a program administered by the US Department of Education.

Each year the White House Commission on Presidential Scholars, appointed by President Obama, selects honored Scholars based on their academic success, essays, school evaluations and transcripts, as well as evidence of community service, leadership, and demonstrated commitment to high ideals. Of the three million students expected to graduate from high school this year, more than 4,300 candidates qualified for a 2015 award determined by outstanding performance on the College Board SAT and ACT exams, and through nominations made by Chief State School Officers or through the National YoungArts Foundation’s nationwide YoungArts™ competition.

“Presidential Scholars demonstrate the accomplishments that can be made when students challenge themselves, set the highest standards, and commit themselves to excellence,” Duncan said. “These scholars are poised to make their mark on our nation in every field imaginable: the arts and humanities, science and technology, law and medicine, business and finance, education and government—to name a few. Their academic and artistic achievements reflect a sense of purpose that we should seek to instill in all students to prepare them for college, careers, civic responsibilities, and the challenges of today’s job market.”

This year’s U.S. Presidential Scholars are comprised of one young man and one young woman from each state, the District of Columbia and Puerto Rico, and from U.S. families living abroad, as well as 15 chosen at-large and 20 U.S. Presidential Scholars in the Arts. The program was created in 1964 and has honored almost 7,000 of the nation’s top-performing students with the prestigious award presented to honorees during the annual ceremony in Washington, D.C. on June 21. The program was expanded in 1979 to recognize students who demonstrate exceptional talent in the visual, literary and performing arts