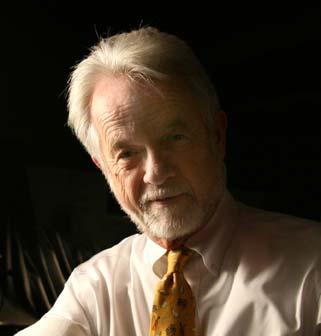 Greenville County Schools Fine Arts Center Director Dr. Roy S. Fluhrer was recently presented with the Lifelong Service Award by the South Carolina Theatre Association. The award is presented annually to an individual who has contributed significantly to theatre in South Carolina throughout his lifetime.

Dr. Fluhrer has served as director of the Fine Arts Center, South Carolina’s first school for the gifted and talented in the literary, visual and performing arts, since 1989. He received his undergraduate degree at Northwestern University and his Master’s and Ph.D. degrees from Bowling Green State University in Ohio.

He served as Managing and Artistic Director of The Toledo Repertoire Theatre from 1966 to1978. From 1978 to 1988 he was on the faculty at the University of Idaho, serving as Chair of the Theatre Department, president of the Faculty Senate, director of the Idaho Repertoire Theatre and, from 1985 to 1988 as an assistant to the President of the University. In 1988 he was named Vice Chancellor for Arts and Academics at the North Carolina School of the Arts.