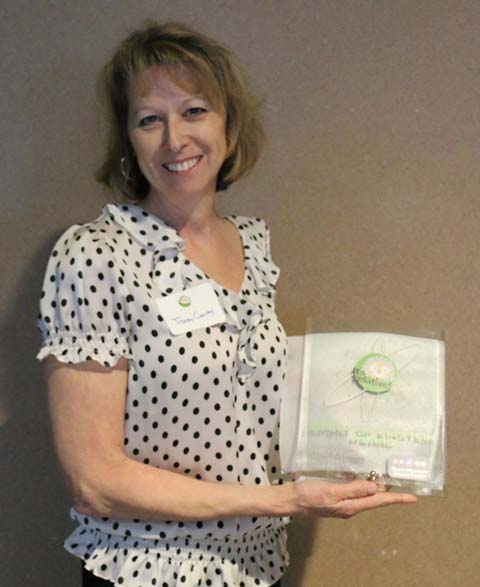 The 2015 Spirit of Einstein Educator Award winner is Tracey Carney, a 7th and 8th grade science teacher at Sterling School.

Awards will be given annually to an educator, company or community organization and an individual.

The 2015 Spirit of Einstein Educator Award winner is Tracey Carney, a 7th and 8th grade science teacher at Sterling School. Carney has demonstrated creativity in her classroom and inspired curiosity and appreciation of math and science. She collaborates with other teachers and uses project-based methods to create an engaging learning environment for her students.

At nearby Sliding Rock Creek, her students conduct authentic field studies on the causes and effects of runoff pollution and use this data to test various filtering methods, a real-world application in undeveloped countries. In addition to the 2015 Spirit of Einstein Educator Award, Carney was selected Middle School Science Teacher of the Year by Greenville County Science Teachers Association in 2013. 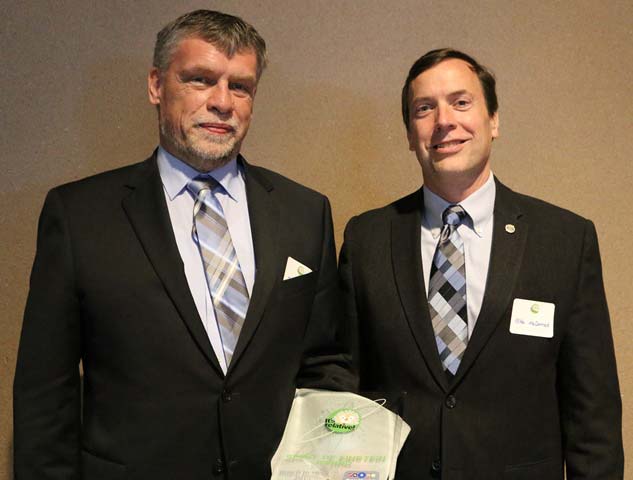 Bosch Rexroth's Fountain Inn plant was honored with the 2015 Spirit of Einstein Business Award for their business activities and philanthropic work.

Bosch Rexroth's Fountain Inn plant was honored with the 2015 Spirit of Einstein Business Award for their business activities and philanthropic work. Each year since 2012, Bosch Rexroth, through the Bosch Community Fund, has awarded $50,000 to schools and projects that support STEM and environmental awareness throughout Greenville County.

The company has supported Hillcrest High School with a grant to support science and math education for its 2,100 students. The activities will allow students to explore environmental sustainability, mathematical analysis and health careers. According to RMSC Director Michael Weeks, "Bosch Rexroth is visionary in its scope and practical in its efforts to promote science and math for students and teachers." 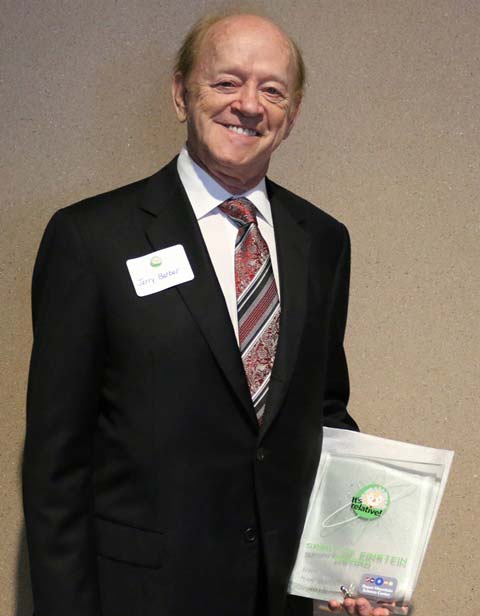 Jerry Barber, a well-known Greenville inventor and entrepreneur, embodies the criteria for the 2015 Spirit of Einstein Individual Award.

Jerry Barber, a well-known Greenville inventor and entrepreneur, embodies the criteria for the 2015 Spirit of Einstein Individual Award. His achievements in the fields of science, technology and engineering demonstrate a passionate curiosity and creative spirit rarely found. Barber operated the second largest amusement ride manufacturing company in the US for 18 years, during which time he received 38 patents for his inventions. He also worked with his son Todd to invent the Reefball, a device used to rehabilitate ailing coral reefs and to create new habitats for marine and freshwater species.

Since 2009, Barber's new concept for wind turbine design has 9 US patents issued and 2 pending. The design differs from the common 3-blade towers and is conspicuously reminiscent of a Ferris Wheel. To date, Barber has earned 54 US patents plus numerous national and international awards. He has served in an advisory role for RMSC and spearheaded the Vision 2020 for Science at Roper Mountain.

"It's an honor to recognize these winners," said Weeks. "We are committed to increasing interest and participation in science, technology, engineering and math fields in the Upstate because we know how important they are in the future of our students as well as in the future of our communities. These award winners exemplify what it takes to nurture tomorrow's scientists."