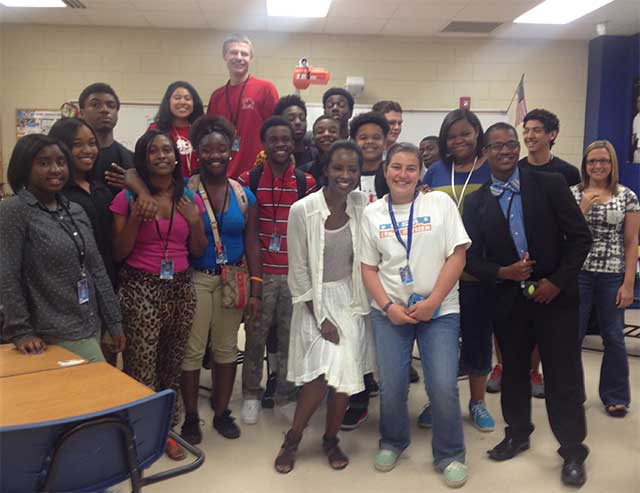 The JL Mann High Teen Achievers program helps freshmen transition to high school and gain the soft skills necessary to be successful in school and in life.

These Honor Roll SICs will continue in the running for SC-SIC’s annual Dick and Tunky Riley Award for School Improvement Council Excellence. Named for the former US Secretary of Education and South Carolina Governor and his late wife, the Riley Award was created in 2002 to recognize the vital contributions made by more than 1,100 local SICs and their nearly 15,000 SIC members across the state. 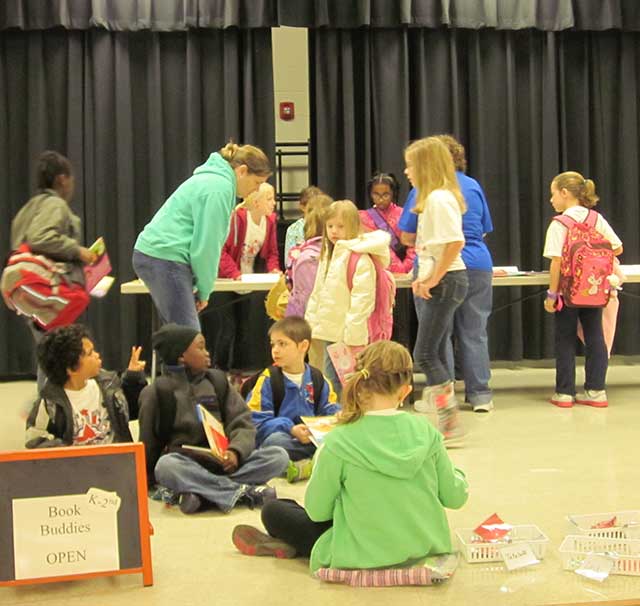 Rudolph Gordon Elementary’s Book Buddies program allows students to pick out a free book to take home. They can choose from all types of books including fiction, non-fiction, easy readers, and even magazines. Last year, Book Buddies averaged 40 students a day, primarily kindergarten through second graders. The impact has been great, with the percentage of students scoring Met or Exemplary on PASS increasing by seven percentage points.

Teen Achievers is a program through the YMCA of Greenville at J. L. Mann High Academy. Staff members work with teenagers, primarily high school freshman, to help them transition to high school and gain the soft skills necessary to be successful in school and in life. Program goals include exposing teens to diverse career options, providing them with role models who will inspire success, creating channels for community involvement, and promoting achievement and excellence. Volunteers also work with students monthly during the school day.

Five finalists from this year’s list of Honor Roll SICs will be selected next month, with one to be announced as the winner of the annual Riley Award for SIC Excellence in early March.

School Improvement Councils were established in state law over 35 years ago. Part of the Center for Educational Partnerships within the University of South Carolina College of Education, the SC School Improvement Council provides the member training, technical assistance, statutory accountability, and other operational resources necessary for the continued success of the community-based SICs in each of the state’s K-12 public schools.

More information on SC-SIC, the Riley Award for School Improvement Council Excellence and award winners from previous years can be found online at http://sic.sc.gov.