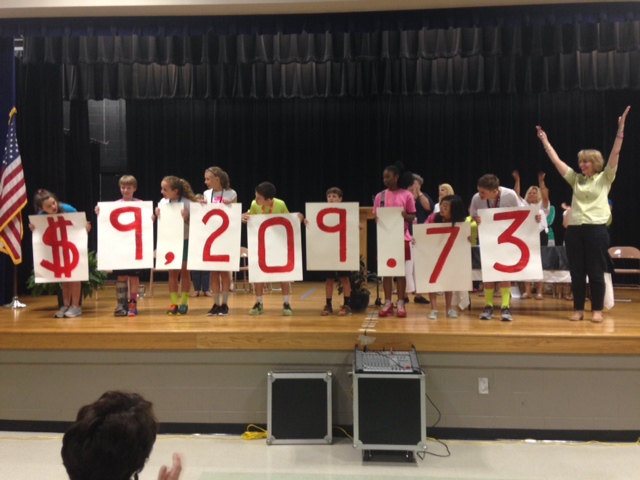 Earlier this spring, League Academy students learned that their beloved media specialist, Teresa Gray, had been diagnosed with ALS or Lou Gehrig’s disease. ALS is a progressive neurodegenerative disease that causes people to lose the ability to originate and control the movement of their muscles which often leads to total paralysis and death within two to five years of diagnosis. There is no cure and there are no life-prolonging treatments for the disease.

For those living with ALS, the ability to travel to receive the care they need becomes severely impacted as their muscle weakness progresses. The main goal of an ALS Center of Excellence is to provide access to the full range of services an individual patient may need – whether that is an evaluation by a neurologist, gastroenterologist, pulmonologist, nutritionist, speech therapist or others - in a single location and during a single visit. This is currently not available in our state.

After spring break, students began their week-long fundraising efforts by purchasing gray bracelets that said, “Team Gray, ALS Awareness,” and participating in a penny challenge in which each grade was given a paint bucket with their grade painted on it. Pennies dropped into the bucket counted 1 point, and silver coins, dollars, and checks dropped in a team’s bucket counted negatively. The students collected over $2,000 just through the Penny Challenge. The fundraiser culminated in an ALS Walk around the school’s track on Friday, April 25. Students, teachers, staff, administrators and representatives from the District walked around the track throughout the day.

“Our goal,” said principal Merry Cox, “was to make sure that our track had someone on it throughout the day and we accomplished that tenfold with parents and even neighborhood residents joining in our effort.”

The results of the students, teachers, staff and administrators’ efforts were revealed in Awards Assemblies. The final numbers were revealed onstage as students turned around and proudly displayed $9,209.73. The auditorium erupted in applause and cheers and the audience stood up to give the school a standing ovation.

“Normally, our students raise around $1,000 each spring for the charity they select,” said Cox. “This year was different because it was personal and it showed in the results of their efforts. I am proud to report that this was an almost 821% increase.”

Mrs. Gray, the librarian, concluded, “We all know that League has great students, parents, faculty, administrators and staff. These numbers, however, prove that what League Academy has most of all is heart. Each and every individual at this school certainly touched me and I thank you all from the bottom of my heart.”