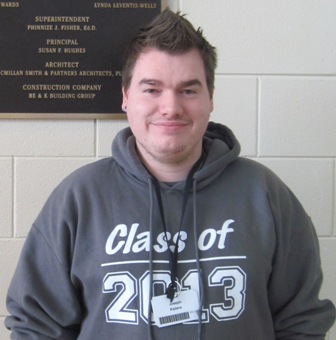 Joey Kadera, a senior who is deaf, received a Superior rating, and the "Judges Choice" award to go to the National Level of the Thespian Festival this June in Lincoln, Nebraska.