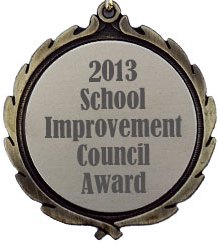 The Beck Middle Academy and Brushy Creek Elementary School Improvement Councils (SIC) have been named among five finalists statewide for their accomplishments in parent and civic engagement.

The winner of the 2013 Riley Award will be selected from this year’s finalists and announced at the SC-SIC Annual Meeting, Saturday, March 23 in Columbia.