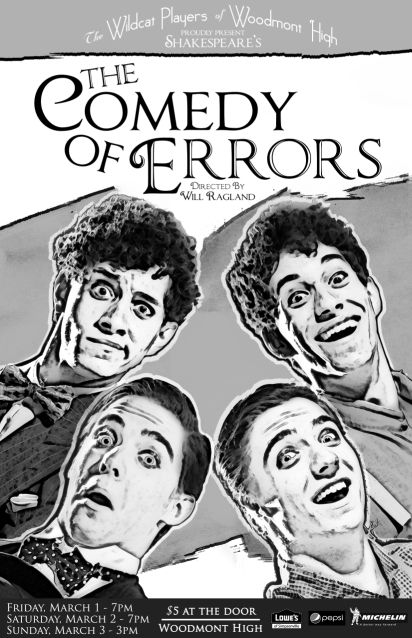 Fundraiser to send team to Kentucky for Championship
The Wildcat Players of Woodmont High will present only three public performances of their state championship production of Shakespeare's The Comedy of Errors, 7:00 p.m. Friday  and Saturday, March 1-2; Sunday, March 3 performance at 3 pm..

The team will go on to compete in the Southeastern Theatre Conference High School Festival in Louisville, KY, March 6 - 10, in which they will compete against nine other states. This unique, one act production is set in the 1920's, is inspired by vaudeville and silent film, is backed by a live band, and features two set of identical twin brothers. The play is directed by Greenville County Schools Teacher of the Year Will Ragland. Tickets are only $5 and will be sold at the door. Call 355-8883 for more information.