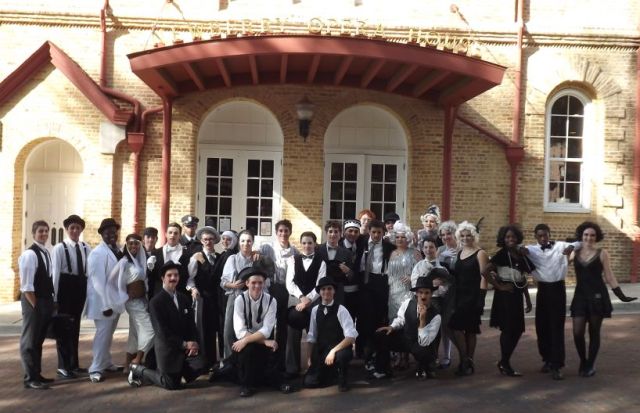 Woodmont High School theatre students recently competed in the SC Theatre Association High School Festival at the Newberry Opera House. Their unique, one-act version of Shakespeare's The Comedy of Errors was set in the 1920s, was inspired by silent film and vaudeville, featured 2 sets of identical twins, and was directed by Greenville County Teacher of the Year Will Ragland.

Woodmont competed against 21 schools from across the state and won more awards than any other school.  Congratulations to Garrett Armstrong, Gavin Armstrong, Dylan Roberts, and Dale Roberts for winning All Star Cast Awards, Lucy Southwell for winning Best Supporting Actress, and to Jordyn Tracy for winning Best Actress.

On top of the acting awards, Woodmont High also received the Technical Award for their production.  In addition to these recognitions, Woodmont won the first place prize in the competition, earning the State Championship in high school theatre and will go on to represent the state in the Southeastern Theatre Conference High School Festival in Louisville, KY, in March 2013, where they will compete against nine other states in the Southeast.