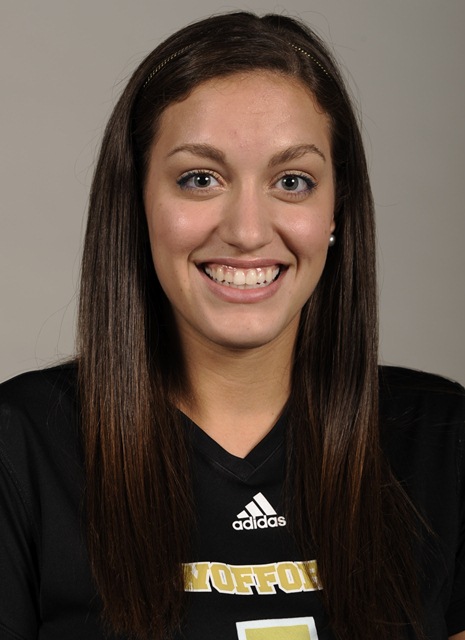 Rachel Woodlee, a 2009 graduate of Mauldin High School, is one of 32 American students selected for the prestigious Rhodes Scholarship.

Rachel Woodlee, a 2009 graduate of Mauldin High School, is one of 32 American students selected for the prestigious Rhodes Scholarship. She and other recipients will attend the University of Oxford in the United Kingdom as part of the Class of 2013, pursuing a Master’s in Philosophy in Chinese Studies.  Miss Woodlee competed for the Rhodes Scholarship against nearly 200 national finalists from a pool of about 830 applications from more than 300 American colleges and universities.

Rachel is currently a senior at Wofford College, majoring in business economics and Chinese language and culture. She is the daughter of Timothy and Joan Woodlee of Greer.  During her college years, she has studied abroad in Beijing, China, Peru, France, and Germany, and is fluent in Mandarin Chinese.

“I never thought school was hard until I went to China,” said Rachel.  “Everything is in Chinese, from the directions on homework assignments to the classroom lessons.  This experience allowed me to widen and deepen my understanding of the Chinese language.”

Rachel was a four-year varsity volleyball player at Mauldin High School and earned 2009 4A All-State honors as well as Region II 4A All-Region. She received the Martin Luther King Award for Excellence in Athletics and was awarded the Maverick Award for Leadership in Volleyball in 2007. While at Mauldin High, she was a member of the National Honor Society and was an AP Scholar with Distinction. She was named a Palmetto Fellow in 2008.

Her experiences at Mauldin High School prepared Rachel well for her current standing at Wofford.  “When I was in high school I never really imagined I would be selected for this honor,” she said. “I knew I wanted to study international relations and I really loved learning languages.” Rachel noted the exceptional support she received from several Mauldin High teachers, including Bryan Slusher, English and Drama, Dr. Raj Deshpande, AP Biology, Kay Autrey, Calculus, and Volleyball Coach Christy Plecha.

Rhodes Scholars are chosen not only for their outstanding scholarly achievement, but for their character, commitment to others and to the common good, and for their potential for leadership in their chosen career fields.  The Rhodes Trust, a British charity established to honor the will and bequest of Cecil J. Rhodes, provides full financial support for the Rhodes Scholars to attend Oxford.  The first American Rhodes Scholars entered Oxford in 1904.

Rhodes Scholarships provide all expenses for two or three years of study and may allow funding in some instances for four years.