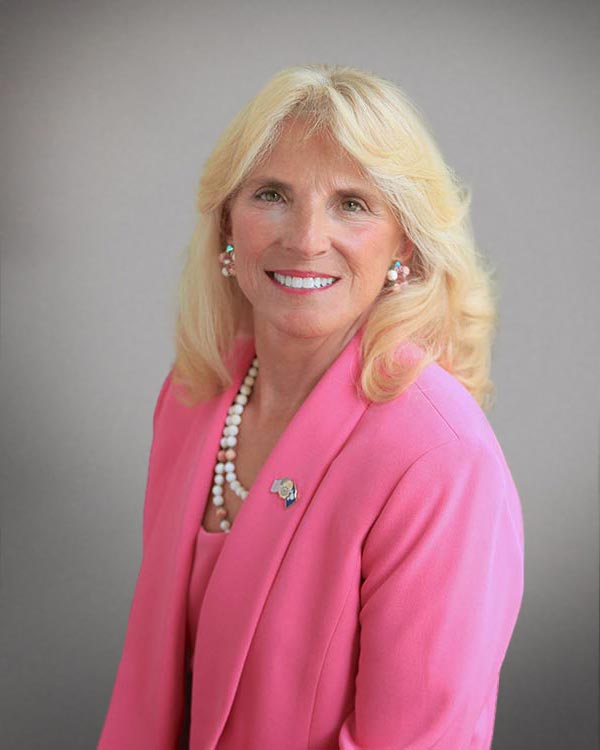 Mrs. Lynda Leventis-Wells’ focus is for all students to receive a great education in order to be successful in all areas of their lives. She believes in students, parents, teachers, and our district.  If we all work together, then greatness will be reached.  She has many favored sayings, but the one she repeats most often is, "Help me help you, because I believe in you!"

Lynda’s background in law enforcement and education are the foundations that have strengthened and balanced the way she approaches her Board service. She was the Deputy Psychologist and Investigator for the Richland County Sheriff's Dept. and taught Ethics, Dispatching, Problem Solving, Gangs, Felony Car Stops, and more at the SC Criminal Justice Academy.  She also taught Physical Education, Resource and ESL at the Saudi Arabian International School in Riyadh, then returned to the Greenville, where she was a Guidance Counselor/Physical Education teacher and coach at JL Mann High. She has also served as Dept. Head of Criminal Justice, Director of Enrollment, Director of College in High School, and Executive Director of the Carolinas Institute for Community Policing at Greenville Technical College.

Her current and past community service includes President of the Crime Stoppers Board, Capital Campaign Chairman and Board Member for Cancer Survivor’s Park, President of St. George Greek Orthodox Cathedral Parish Council, Chairman of the Greek Festival, Vice President of the Jefferson Awards Foundation Students in Action, and Advisory Council for the MedEX Academy-HBCU Medical School Pipeline with GHS.

Mrs. Leventis-Wells has received numerous honors including the Order of the Palmetto, the Wade Hampton High School Legion of Honor, Southeastern Crime Stopper’s Citizen of the Year, and the Greenville County Sheriff’s Citizen Award. She received a Bachelor’s degree from the University of South Carolina and a Master’s degree from the University of Mississippi. She formerly served as women’s basketball coach for Furman University, varsity basketball coach for J. L. Mann and Wade Hampton High Schools, and varsity soccer coach at J. L. Mann.

Mrs. Leventis-Wells has received numerous honors, including the Order of the Palmetto (2012), induction into the Wade Hampton High School Legion of Honor (2011), Southeastern Crime Stopper’s Citizen of the Year, Greenville County Sheriff’s Citizen Award, Who’s Who Among American Teachers, Honor Award for Distinguished Achievement in Public Service from the American Police Hall of Fame, Certificate of Appreciation for Outstanding Contributions in the Field of Drug Law Enforcement from the Drug Enforcement Administration, Greenville Technical College Educator of the Year, and Peach Blossom Coach of the Year.