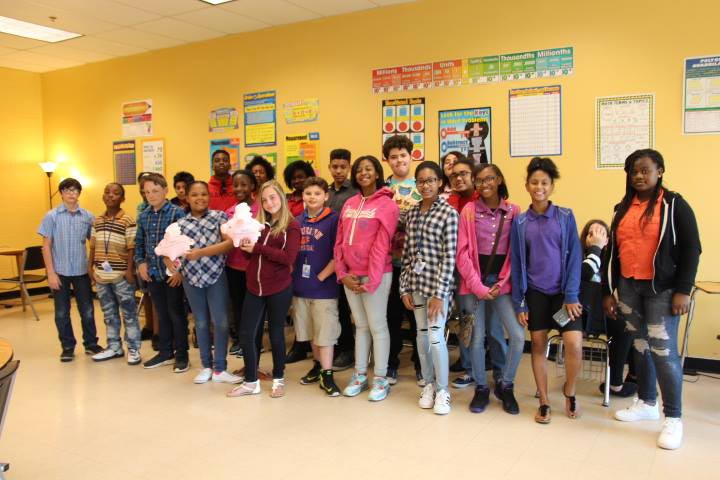 “These are students that for whatever reason maybe there is a math concept that they never grasped earlier in their academic career whether it be multiplication, division or fractions.  For the past semester they have been working in a class on a computer program known as Waggle trying to improve their math skills and grow their math ability,” said Tanglewood Math Intervention teacher Ben Saul.

From February 15th to April 15th Tanglewood students were the top class in the entire country. Students worked an average of 49 hours each in their learning goals, totaling just about 383 hours of active goal time.  As a result, the percentage of  students meeting/exceeding their projected math growth on the NWEA MAP assessment increased by 17%.

“It shows the compassion, the hard work and the determination of students and the teacher to get those students to accomplish something as tremendous as they have,” said incoming principal Dr. Edward Anderson.

One student saw a 40 point increase on his math benchmark score from January to April.