The Taste of Sunrise

A play with American Sign Language and Spoken Word 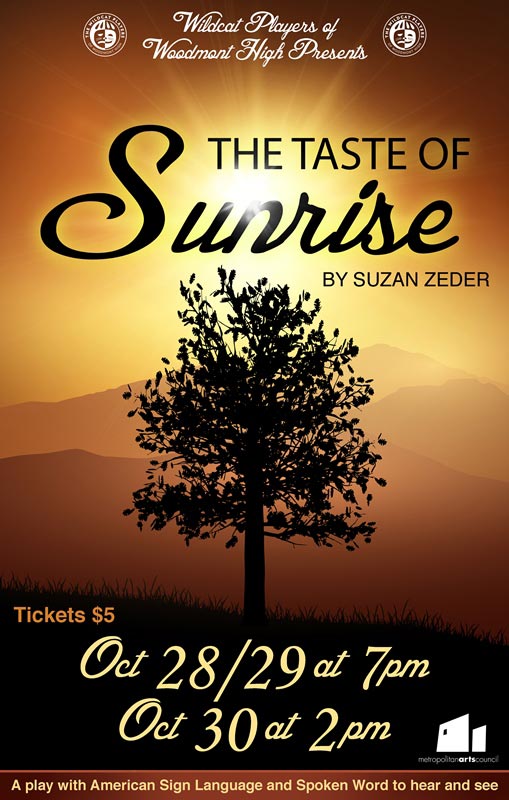 When he was in first grade, Harry Culpepper dressed up as a principal on career day. He wore his father’s tie and carried his briefcase. Culpepper, who is the theatre teacher at Woodmont High School, was raised by deaf parents and grandparents. American Sign Language was his first language, and while he wanted to become a professional actor, teaching was always in the back of his mind. 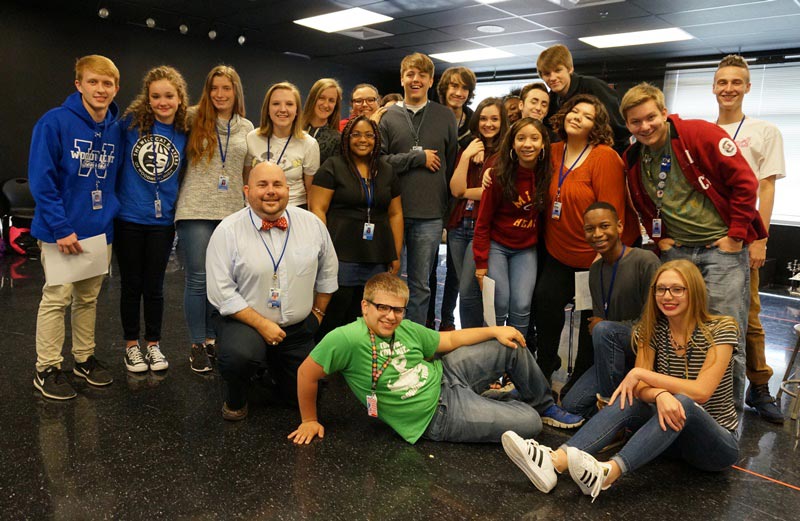 “I learned to speak early as my parents put me in school early but didn't feel fully comfortable socializing at school with other kids until about third grade,” said Culpepper. “I was always drawn to the arts, music and theatre, which my parents never fully understood but encouraged anyway.  I earned my Bachelor of Fine Arts in Musical Theatre from Shenandoah Conservatory/University and worked for a few years as a professional actor before becoming a teacher.”

This week, with great influence from their teacher, Culpepper’s students will perform The Taste of Sunrise, a play with American Sign Language and spoken word. The play takes place in the mind and memory of Tuc as he journeys through his childhood from the fever dream that took his hearing, to the language of nature which he shares with his father, to the Deaf school where he learns sign language. Tickets are $5 each. Performances are at 7pm on Friday and Saturday and at 2pm on Sunday. 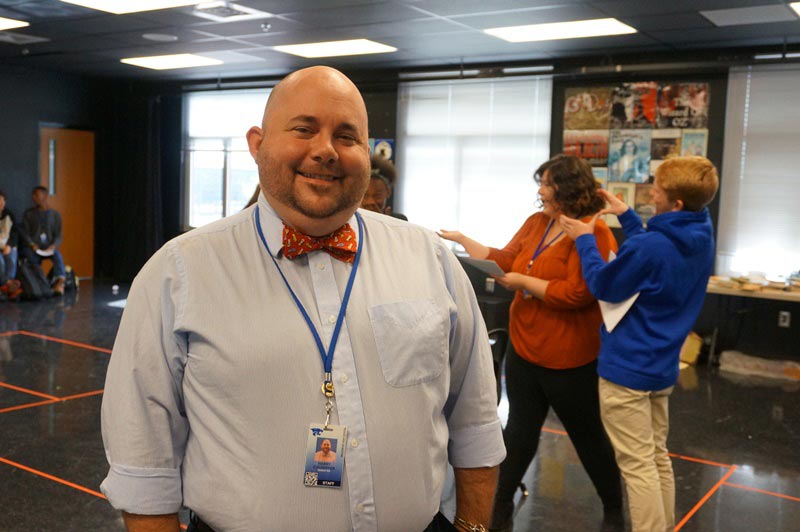 Culpepper is pleased with the way his students have enthusiastically embraced learning sign language for the performance. “From my perspective, my students have become so inspired and motivated to learn a new language and new culture,” he said. “Just last week, the students participated in a "Silent Supper" at the Haywood Mall where they had the opportunity to interact with deaf community members and immerse themselves in the language of sign language and the social culture of deaf people.  It was truly inspiring and moving to see how excited they were to have this experience.”

Before landing at Woodmont High, Culpepper taught in various Memphis area schools before starting the Theatre program at the South Carolina School for the Deaf and Blind.  “The school called me on my way to making plans to move to New York City to continue pursuing my career as an actor and I felt it was a ‘once in a lifetime’ opportunity,” explained Culpepper. “I moved back home to the Upstate and quickly realized that my calling and my heart was in teaching theatre.”