Superintendent Dr. W. Burke Royster and School Board members honored GCS employees from two schools and a parent for their heroic efforts to save lives. Each honoree received a Miracle Worker Award from the School Board. The honored district staff members were trained through the District’s First Responder program. The parent, Donna Glenn from Duncan Chapel Elementary, is a certified nurse. 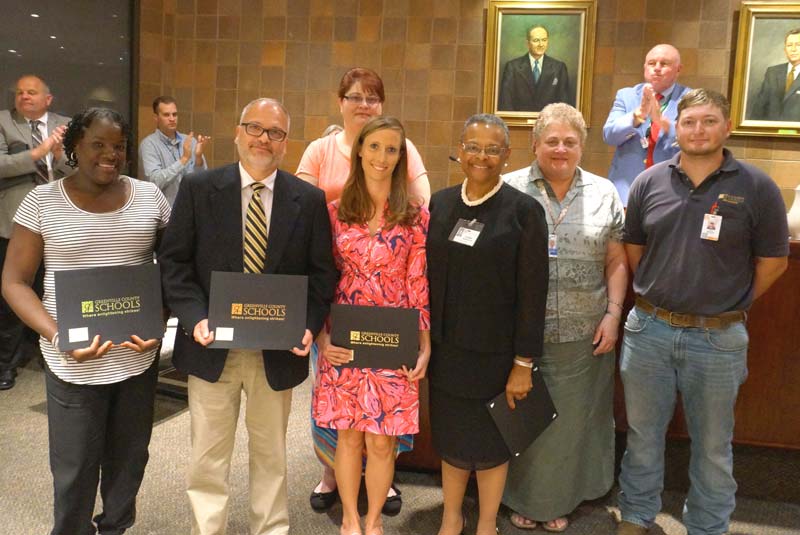 On Tuesday, May 10, Cole Robison, a maintenance employee working at Hollis Elementary Academy, came in contact with a live wire that resulted in a severe electric shock.  Mr. Robison was thrown from the ladder on which he was standing.  When the school’s First Responder team arrived on the scene, the victim was unresponsive and soon began to show signs of oxygen deficiency.  They immediately began CPR and utilized the automated external defibrillator (AED), which recommended a shock.  Once the shock was delivered, they continued to administer CPR until the employee became responsive.  The AED’s computerized summary was shared with doctors and the following email was sent in response from Dr. Jon Lucas at Greenville Health System, who said staff and responders at the school should be commended for their quick action, which clearly saved this gentleman's life. 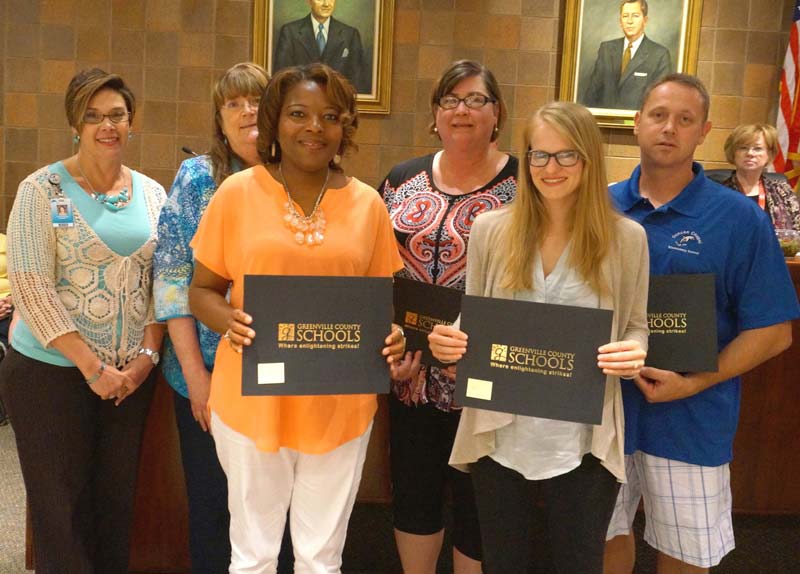 Just two days after the incident at Hollis Academy, a visitor at Duncan Chapel Elementary suffered a heart attack while on school grounds.  Once again the first responders leapt into action, this time aided by a certified nurse who was on campus to pick up her child. First responders administered CPR and used the AED until EMS arrived. Although the victim remained unresponsive, their efforts kept the victim alive until EMS was on the scene. According to doctors, without the benefit of CPR during the period of time between the onset of the heart attack and the arrival of EMS, the victim would not have survived.