A Message of Love, Life, and Miracles 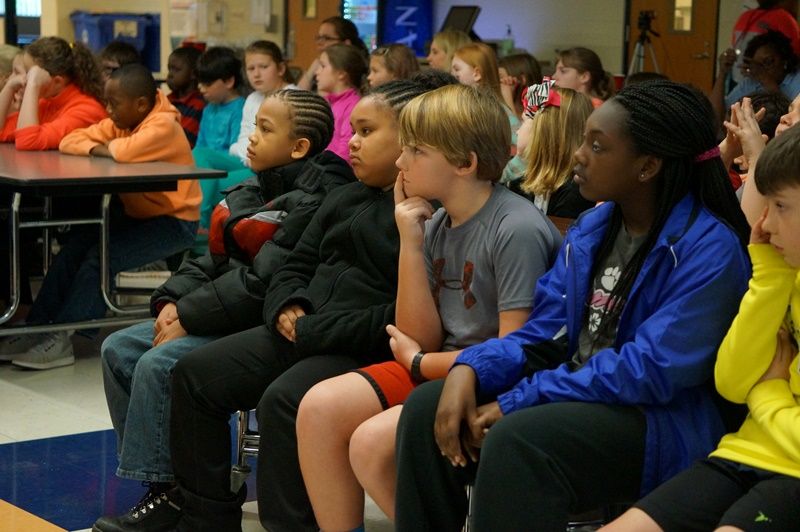 Students at Summit Drive Elementary were fixed on every word as their guest speaker, 94-year-old Trude Heller, shared her personal experiences as a Jewish teenager trying to escape from Austria during World War II. The fifth graders are currently studying about World War II and how to be global citizens, and Heller’s message of survival and love resonated with each of them. 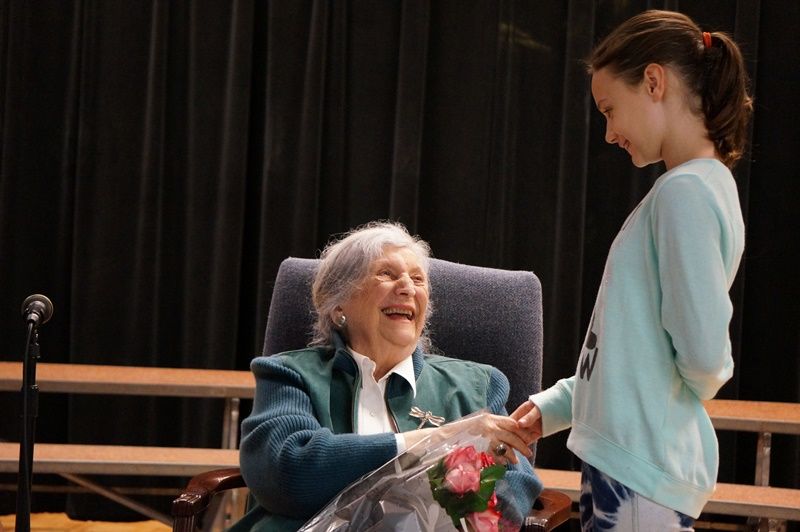 Her story was a positive, uplifting account of her survival and the importance of loving others. “I am here because of so many miracles. I love life and I love people,” she began.

Mrs. Heller told them about going to school in Vienna one day when a political rally was taking place, only to walk out of school a short time later to streets filled with swastika flags and police wearing swastika armbands. Her family was forced into hiding and for months, she and her mother attempted to escape before finally making it to Belgium. 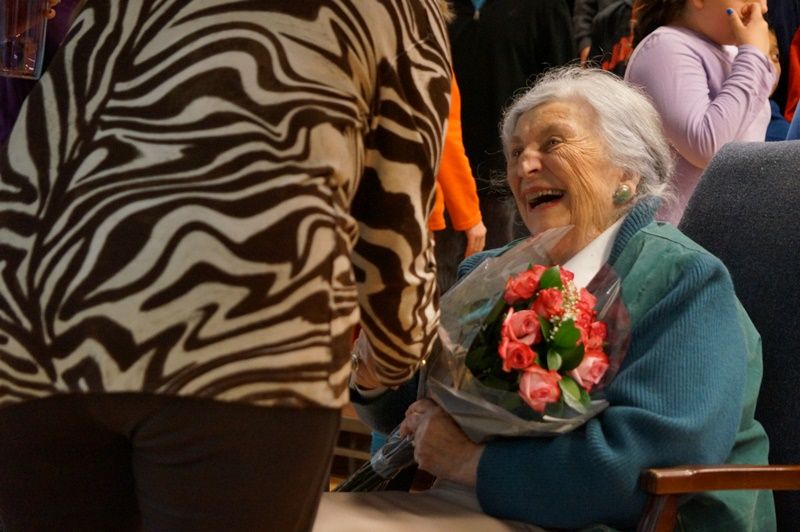 One student asked, “How did you eat when you were in hiding?”  She replied, “I walked the streets and looked in the cheese shop. The proprietor looked so nice. I told him I was hungry and didn’t have a ration card. So he sold me cheese and bread all the time after that.” Heller added that she and her mother were able to buy food because an uncle sent them money.

Another miracle involved a botched escape attempt that ended badly when the ship they were supposed to be on sank, killing all 500 people on board. “Another miracle,” she said. 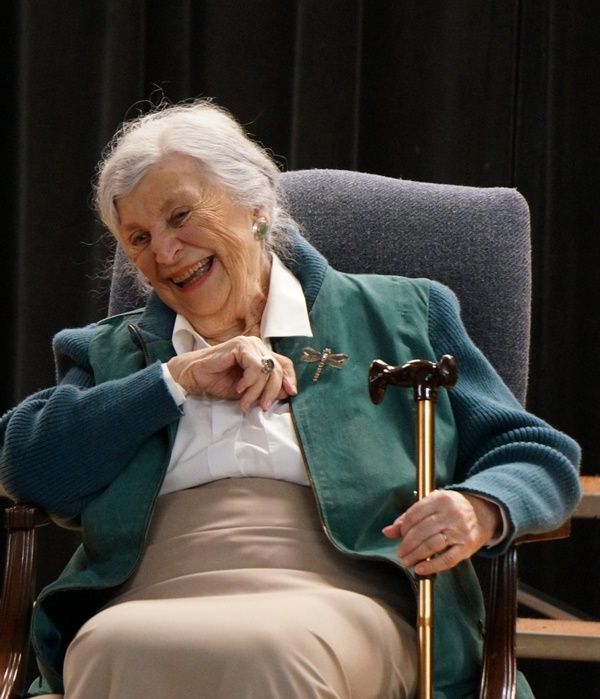 She and her mother finally made it to America after discovering a long-lost cousin who was able to help them. They were on a ship for several weeks, which was only able to travel during the day because of sunken vessels that harbored unused bombs.

“I was the youngest person on the ship and my picture ended up in the New York Times,” she said. She told the students that her husband’s letters to an American woman who navigated his escape in 1938 are on also display in a New York museum.

She was married her childhood sweetheart, Max, former Greenville mayor, for 69 years until his death five years ago. “I’ve had a very happy life. I want to teach you that whatever you do, never hate, just love. I say that to all the students because I have experienced it so many times. Speak to someone nicely and give them love and they will give love back. You’ll see it works,” she said.