A Second Chance at Life 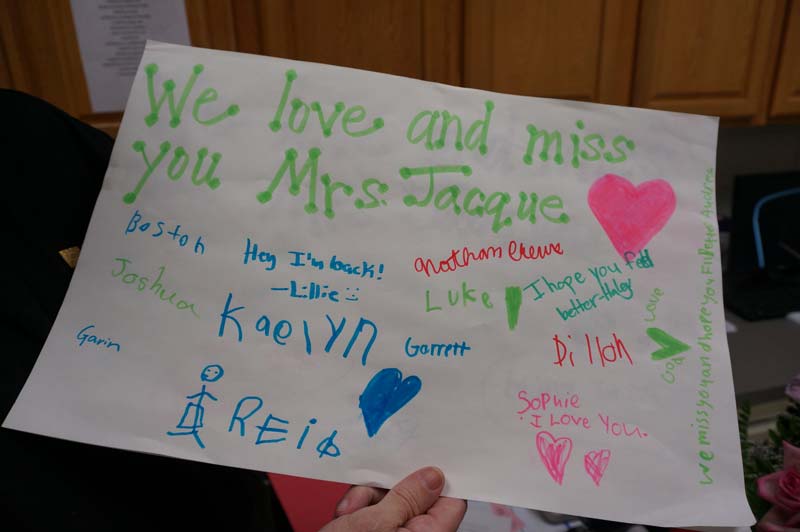 Paris Elementary Cafeteria Manager Jacque Holliday went to the doctor three years ago thinking she had had an allergic reaction. She was treated with histamines, but four weeks later she felt worse than ever. Then her skin turned yellow, which led to more doctors’ visits. A biopsy revealed the sobering truth that Jacque had malignant ampullary cancer.

Ampullary cancer is a rare gastrointestinal cancer that develops in an area where the bile and pancreatic ducts meet. The most obvious symptom is jaundice, yellowing of the skin. 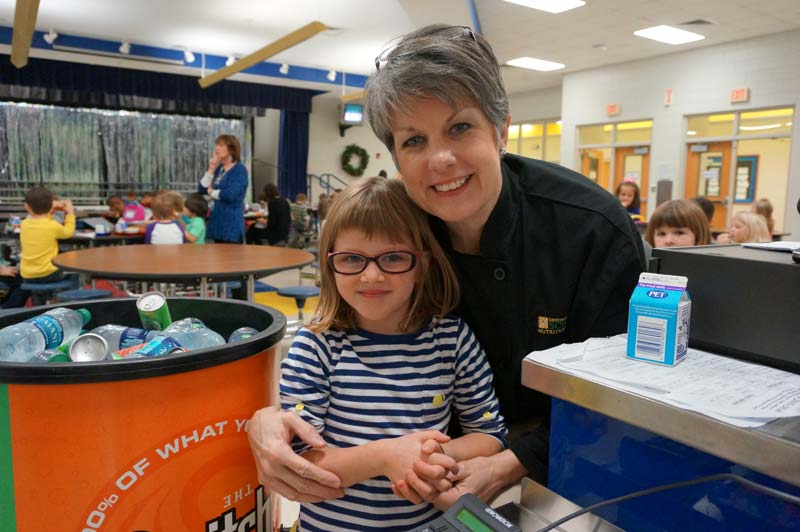 Jacque’s family, friends and coworkers became her prayer warriors. One of her family members came up with the mantra, Pray. Fight. Win. “We needed something to hold on to. We were praying for a miracle, and fighting to beat cancer, and we were fighting to win,” she said.

“When I was going through recovery, I would drive by the school and it would break my heart to know I wasn’t there with them. Who would open their milk and string cheese or tie their shoes?” she said. “The students sent me hundreds of cards and letters, and some even texted me. It made my recovery a lot more bearable.” 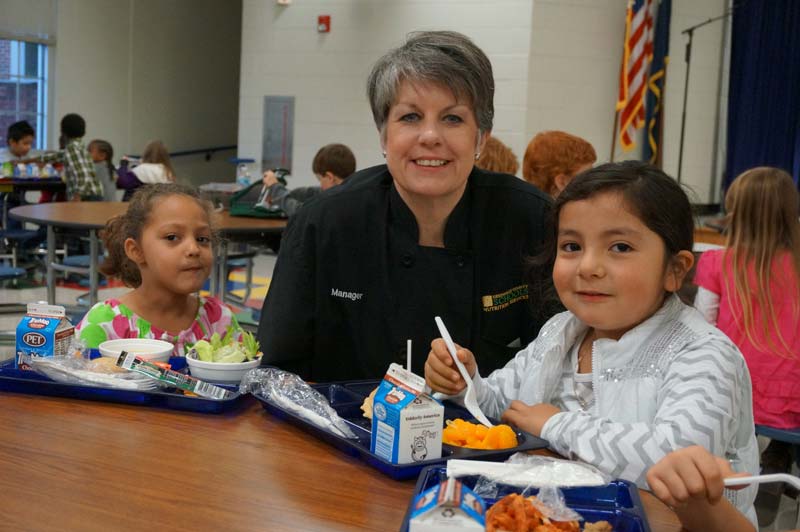 The only things I had peace about were that I had a family that loves me and the Lord that loves me and I had prayer warriors all over the country praying for me,” she said. “I remember thinking, ‘Why am I not freaking out?’ I had such a peace because I knew people were praying and caring for me.”

Macie Watson, assistant FANS manager at Paris, said Jacque was definitely missed. “It was very frightening for us. She didn’t know what was wrong. I was praying for her to be healed. We just said we were going to do what we had to do to get through this together.”

Principal David Wise sings Jacque’s high praises. “With all that she has been through, she continues to have such a positive attitude. She looks at the cafeteria as her cafeteria and the students as her children,” he said. “This is where she belongs and what she was made to do. The smile that is always on her face shines from the light inside.” 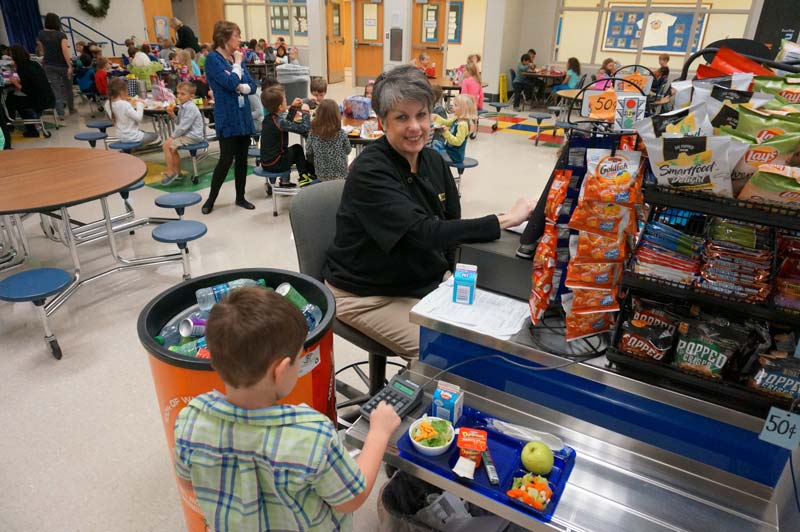 Fifth grade teacher Holly Holtzclaw remembered that as a student teacher, Jacque was there to support her. “Now, years later, she is still rooting for me. Her caring and compassionate attitude toward adults and children make the cafeteria meals feel like sitting down with family at home. I am pretty sure between breakfast and lunch Mrs. Holliday and her staff cook for me more than I cook for myself!” she said.

“Early in her illness her faith and love of people were evident in her calm attitude. She knew something was going on but she did not let fear or stress overtake her relationship with her Paris family. In her matter-of-fact way she would explain what was going on with her health, if one asked,” said Denise McWhorter, the school’s media specialist. “If she was physically able to work, she was here, steadfastly doing her job as calmly and efficiently as ever. Jacque's spirit of love is one of the beams that holds our school together.”

Fourth grade teacher Vicky Mahaffey said, “She treats our students with kindness and respect, and she is always smiling and laughing. I truly think she is one of the best people I have ever worked with because of her work ethic, leadership qualities, friendship, kindness, respect for others, and her desire to go above and beyond, to do the best for all of us.”

Today, Jacque’s prognosis is very positive. She still goes for frequent bloodwork and steady visits to her oncologist. “I don’t know why I’m still here, but I know the Lord has something more for me to do,” she said with a grateful smile.