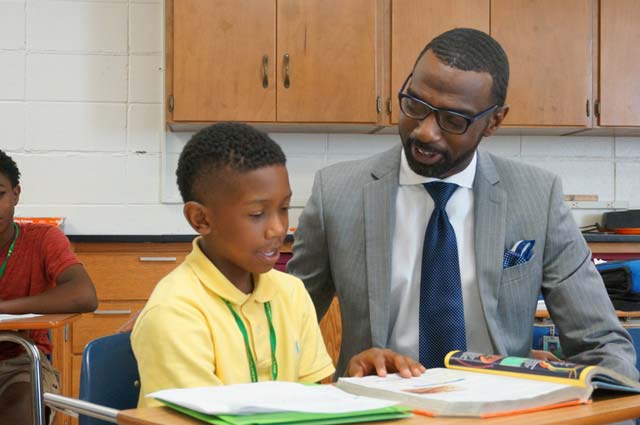 Damon Qualls, an assistant principal at Berea Middle School, has received the Young Leader Award, one of five awards presented by the Southern Wesleyan University (SWU) Alumni Association. The award recognizes alumni, ages 39 and under, who are outstanding leaders in their professions and communities, and show strong promise of future professional growth. He will be recognized at SWU on Friday, October 30 with a VIP dinner, concert and awards ceremony.

Qualls earned a bachelor’s degree from Benedict College and his first master’s degree from Columbia College. He began pursuing a second master’s degree from Southern Wesleyan University in 2012. While attending Benedict College, Qualls was among the first class of the Call Me MISTER program designed to recruit, train and certify African American men in South Carolina to become elementary school teachers. While still in college, he shared the mission and vision of Call Me MISTER around the country, including recognition on The Oprah Winfrey Show. 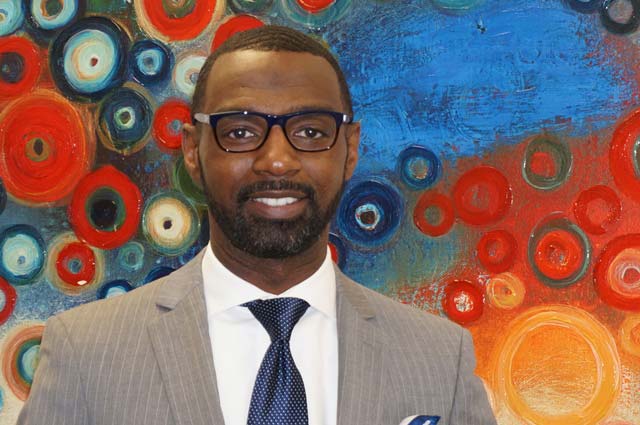 Obtaining a second master’s degree was no easy feat, said Qualls. “While I was at Southern Wesleyan I also began serving as the interim pastor for a local church. So literally within a month my entire world changed and I had to balance meeting the needs of my fifth graders in the classroom, attaining stellar academics at Southern Wesleyan, and leading a congregation,” he explained. “For me it was all about time management, setting priorities, and finding some sense of balance so that at the end of the day I was not neglecting myself or my wife, but being a balanced individual.” 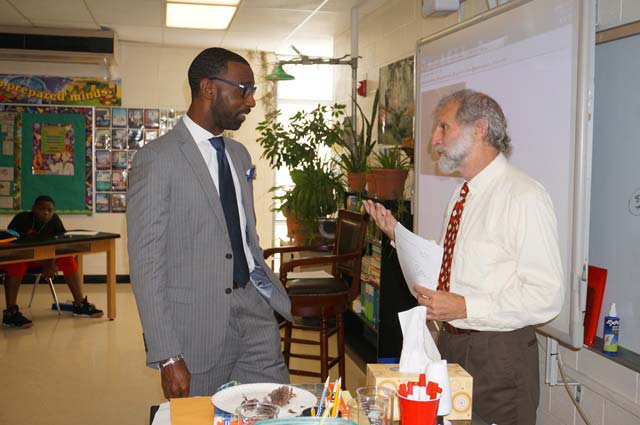 One of Mr. Qualls’ most notable projects was a request for $2,500 to purchase blazers and ties for the school’s Men Who Read program that challenged boys to read and enjoy books, magazines, newspapers, and other printed materials. He wrote in the application, “My students face so many challenges, and they realize that education is the vehicle to drive them toward a more promising future. I would love to give them access to a tie and blazer to wear on our Men Who Read days.” He raised the money within six weeks from donors from as far away as Alaska. Mr. Qualls began his career with Greenville County Schools in 2004 as a fifth grade teacher at Alexander Elementary School, where he served for 11 years. During that time, he raised more than $100,000 in donations to fund classroom projects through DonorsChoose.org, an online charity where teachers create classroom project requests and individuals, organizations and corporations provide funding.

This fall, Qualls was named sixth grade assistant principal of Berea Middle School, where he serves almost 300 students. “The great thing about the transition from the classroom to being an assistant principal is that Berea is one of the feeder middle schools for Alexander. It really doesn’t feel like I’m the new kid on the block because, from the very first day I came for the interview, I was greeted by parents and students that I taught at Alexander. That has made for a smooth transition,” he said. 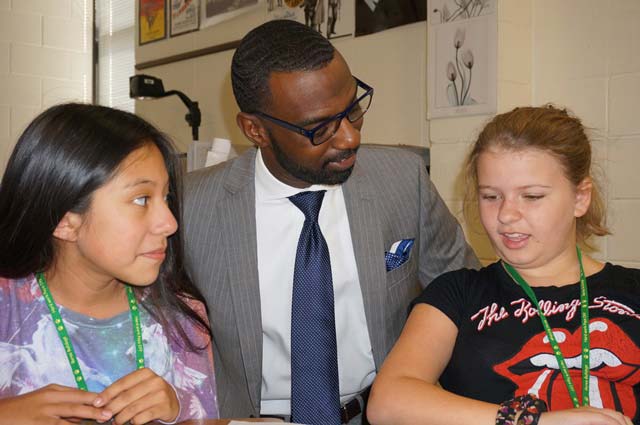 Just a few short weeks into the school year, Qualls has introduced the school to DonorsChoose.org, and teachers have already received funding for six projects close to $10,000. “I’m very excited about being able to assist teachers in bringing great projects and lessons to their classrooms,” he said. “One teacher has received funding to purchase a Vex GTT Robotics Kit so we can begin our first Lego Robotics Team, allowing our students to compete with their peers from across the Southeast.”

Another ‘first’ for Berea Middle School will be the introduction of uniforms next school year. Qualls is planning a Back to School Fashion Show, hosted by Carolina CW and Studio 62 TV host Jamarcus Gaston, to showcase the various combinations of green, gold, gray, and black polo shirts paired with khakis or black pants. The school has already received buy-in from all the stakeholders, including parents. “When you look at the demography of the school and the community that we serve, it’s going to be tremendously beneficial,” he said. Qualls also implemented a Faculty Council with representation from every grade level and department, providing a voice in school matters for the entire faculty.

Mr. Qualls further demonstrates the qualities of a ‘Young Leader’ as he has held numerous national state, district, and school leadership roles and earned accolades for excellence in education.