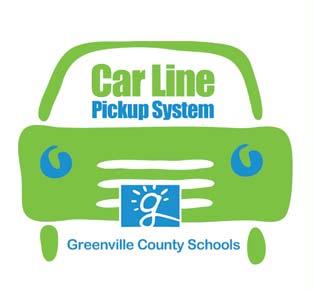 It has been in use for three years. It expanded in 2015 to include 22 schools. More than five thousand students are dismissed daily using the app.

While walking through the car line principals type tag numbers into a keypad on the app. The information is transmitted to an electronic bulletin board in the classroom and displays the child’s name and tag number. Students are not dismissed until their number appears on screen.

Paris Elementary in Taylors was one of the pilot schools. Principal David Wise says CLPS makes the car line more efficient. “By the time I put the number in we have it timed so that when the student gets out there the car has pulled up,” he says.

Teachers like it because they can make use of the extra time reading a story or helping children with their homework.

A video explaining the app that was posted to the Greenville County School District Facebook page has been viewed nearly 4 million times and has been shared 25,000 times. Brown has been contacted by hundreds of schools districts around the country and the world seeking to duplicate the app. The app is not currently available for purchase.