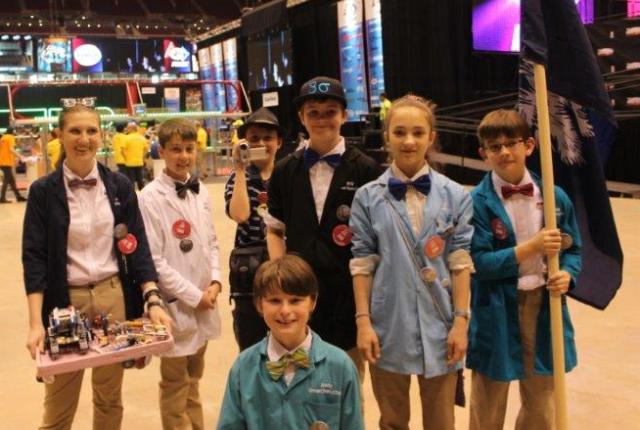 “The Dream Team” Robotics Team, six alumni from Stone Academy led by Mrs. Nicole Ackerman, placed 29th out of the 80 best robotics teams in the world at the World Festival in St. Louis, Missouri.

In the robot game, the team knew that their robot, "DreamBot," was deliberately small, simple, and tough. After practicing against other teams, “DreamBot” consistently scored the maximum amount of 453 points.

This team worked incredibly hard during their five weeks to prepare. In the judging room, they hit an immediate rapport with all three teams of judges. They were asked for call-backs in both Project and in Robot Design. They won the "Judges Award for Spirit and Vision." Congratulations to Dream Team members Rocky Oros, Andy Ackerman, Rowan Brown, Eileen Selby, Will Harris, and Nicholas Turgeon.