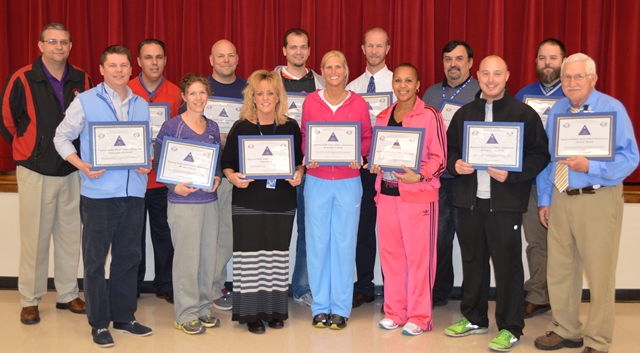 This past summer these 15 middle school athletic directors completed four separate Leadership Training Courses offered by the National Interscholastic Athletic Administrators Association (NIAAA). With these courses completed, they went on to finish all the NIAAA requirements for their CMSAA. This was truly a unique venture for these athletic administrators in that they were the first large group of middle school AD’s in the country to achieve this brand new CMSAA now offered by the NIAAA.

The nationally recognized NIAAA certification program has full registration status from the National Certification Commission as one that meets all the rigid standards of excellence set forth by this commission.

The summer workshop was set up and administered by Darryl Nance, Athletic Director at Wade Hampton High and former President of the NIAAA. Through his efforts, the district was awarded a grant from the NIAAA and the courses were taught by instructors from both Pennsylvania (Holly Farnese, AD, Upper Darby HS), Utah (Marc Hunter, Exec. Director of Utah Athletic Administrators Association) and South Carolina (Mike Barnes, retired AD, Easley HS).