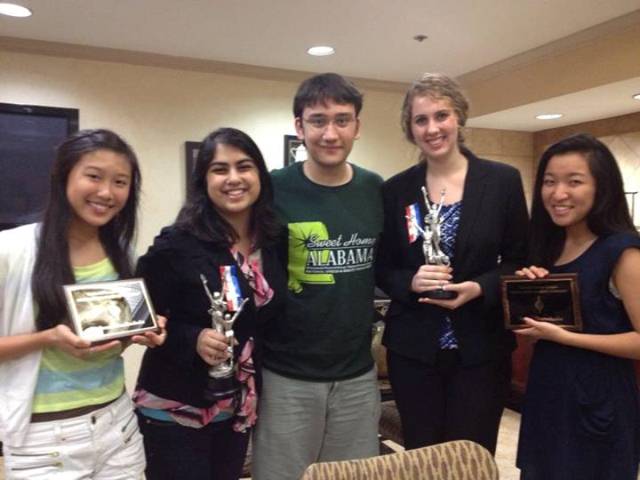 In addition, the Riverside Speech and Debate Team was recognized as a School of Honor in Speech during the national awards ceremony.   Coach Greg Cook was awarded his second diamond and the honor of judging the international extemporaneous speaking final round. The team is also coached by David Dejesa.

The Lincoln Financial Group/National Forensic League National Speech & Debate Tournament is the largest academic competition in the world. Students must place among the top competitors at one of 109 district tournaments to qualify.