The Magic of a Moment 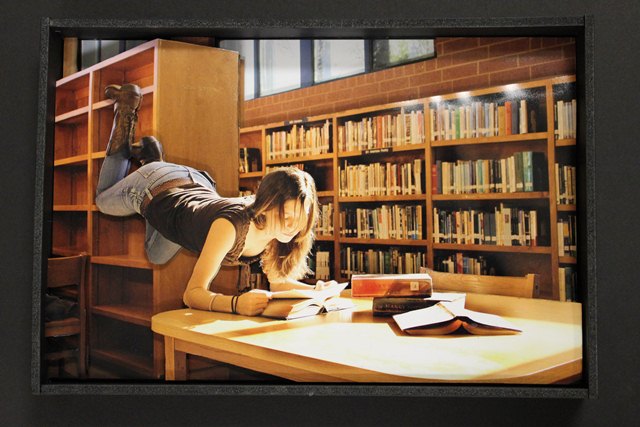 As a student in Michael Parker's photography class at Greer High, senior Stephanie Carlisle tried experimenting with "levitation" photos. To create this photograph, she set up her camera in the school media center and arranged Harry Potter books on the table. With the help of a friend (who pushed the button on the camera), Stephanie created this national award-winning 3-D photograph entitled A World of Your Own Making.

Her photograph recently won a Gold Key (first place) award in the Scholastic Arts and Writing competition. She will be honored at an awards ceremony at Carnegie Hall in New York City in May. Stephanie plans to major in photography in college.