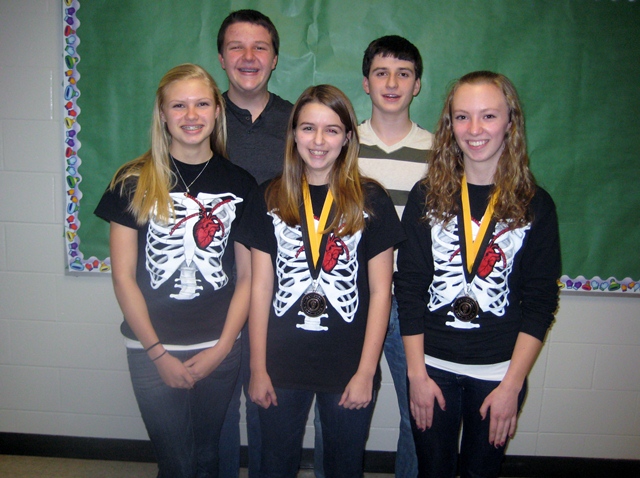 The Poster Design Team also took first place. The team was given 60 minutes, a set of eight colored markers, and the theme "Charity." The design featured the words "Helping Hands, Helping Hearts" and showed the word Charity in the center of a heart formed out of helping hands. Team members are Kandra Aho, Camryn Barnes, Bailey Black, and Shana Pereira.

Blue Ridge Middle took another first place ribbon in the Banner competition. The banner, featuring the keys of Beta Club (character, leadership, service, and achievement), will be on display in the school hallway.

Addie Callahan took third place in the state on the Language Arts test. Addie finished with the same score as the first and second place finishers, but they completed the timed test in less time than Addie.