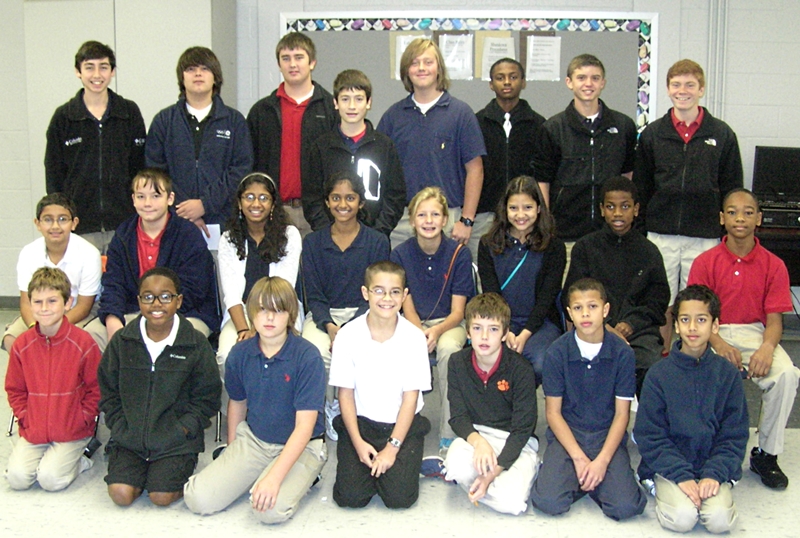 Hughes Middle Academy sixth and eighth grade MathCounts teams recently placed first in an on-line nationwide math competition and finished 34th in the world. The competition was sponsored by Mathletics, a math website that helps students enjoy math and improve their math skills.

Students participated during an open competition that ended October 31. On the next-to-last day of the competition, Hughes was in first place nationwide. Due to the devastation of Hurricane Sandy, the Mathletics offices were closed for much of the next week. When the results were tabulated, Hughes was declared the US champion and 34th in the world with over 103,000 points.

In preparation for the competition, students worked on a variety of math problems provided by MathCounts. Sixth graders worked on a “sprint question every day” and ranked according to speed and accuracy.  The top four students earning the best ranking and overall performance will go to Clemson University in February to participate in the Piedmont Chapter Competition.

Chase Claxton, a 6th grade participant, said the experience was fun. “It was great because it was interactive.  You get play against other people in the world.” Chase was Hughes second-highest scorer with almost 16,000 points. Alka Manoj led Hughes with 16,771 points.

Mr. Rod Hill, a MathCounts leader, said he looks forward to the next open competition.  “It’s great to see the students succeed. They really did a great job!”