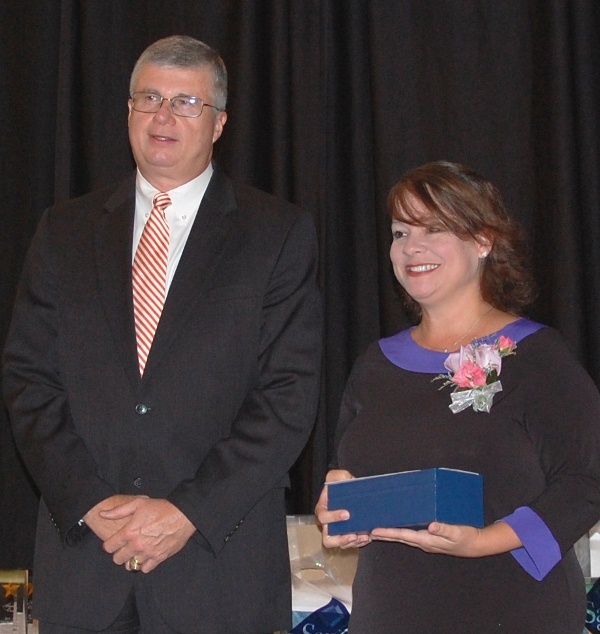 The Emerging Teachers of the Year Program, sponsored by Greenville Federal Credit Union, recognizes a second or third year teacher for outstanding performance. Each winner receives $500, a crystal award, and $500 for their school.

While working as a kindergarten assistant, Angie Lewis felt the calling to return to school to earn a teaching degree. She began her teaching career two years ago as a second grade teacher, but when the school needed another third grade teacher, she made the transition seamlessly and strengthened both teams in the process. Mrs. Lewis makes a difference in the lives of students by gladly and consistently going the extra mile.

She extends her instruction to the home by educating parents in the use of Accelerated Reader and Compass Odyssey. She meets with students and parents during student-led conferences to set individualized goals. Mrs. Lewis participates in the SmART Arts Integration program, which allows her to bring guest artists into the classroom. 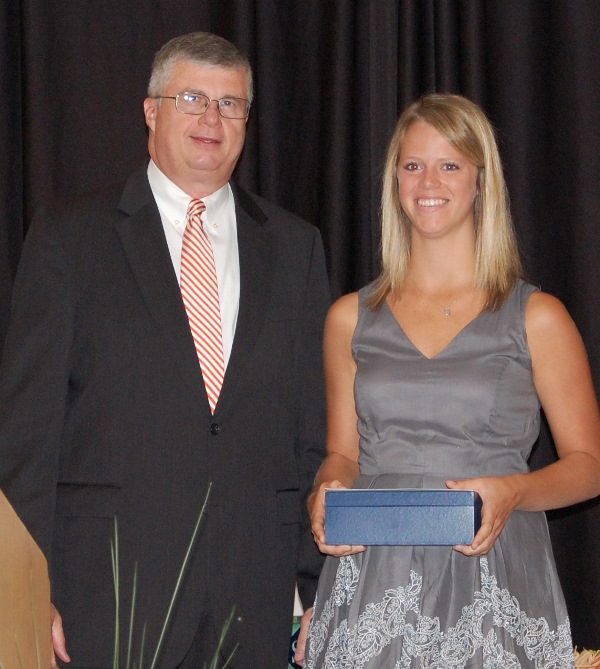 Described as a “natural teacher,” Adrienne Johnston is professional beyond her young years. Her enthusiasm for teaching Spanish creates a fun, supportive, and interesting learning environment for her students.  By using cultural items from her studies in Spain, she maintains an authentic environment where subject matter becomes more relevant and helps bring the language to life. In fact, the requests to take Spanish have increased significantly since she began teaching.

Ms. Johnston serves as the Student Council Advisor, organizing the school dances and spirit weeks while supervising students, managing parent volunteers, hanging decorations, selling tickets, and creating excitement around the school. She also volunteers as a translator for IEPs and parent conferences.