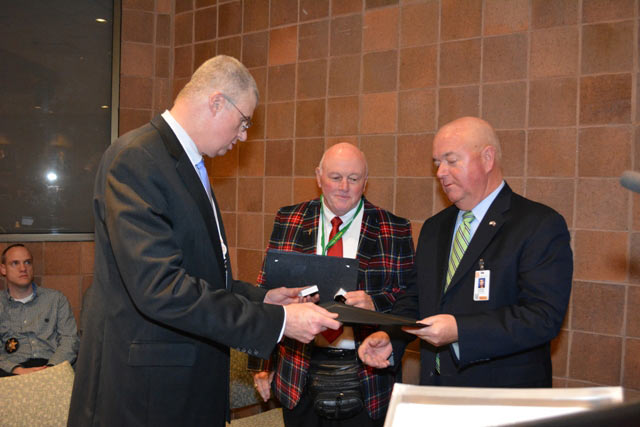 At Tuesday night’s School Board meeting, Superintendent Royster presented pins and certificates from the South Carolina School Boards Association to Pat Sudduth and Chuck Saylors in recognition of their 15 years of school board service.

Mr. Saylors has served Area 20 since 2002. He is a past State President for the South Carolina PTA and served as the first male National PTA President during the 2009-2011 term. He served as president of the National Federation of Urban Suburban School Districts (NFUSSD) in 2014 and is a member of the Board of Directors for the South Carolina Association of School Administrators (SCASA).

Mr. Sudduth is a retired GCS educator. He has served as President of the YMCA, Greer Golf and Country Club, and was named Outstanding Educator by the Greer Jaycees.