Confident in the Classroom

We met Patrick Preacher, a four-year-old kindergarten teacher at Riley Child Development Center, back in August and recently revisited his classroom to get an update on his first year of teaching. Navigating between the block center, kitchen, paint area, and iPad corner, he kept pace with his young students as he ate pretend cookies, drove toy trains, and assisted budding artists in action. 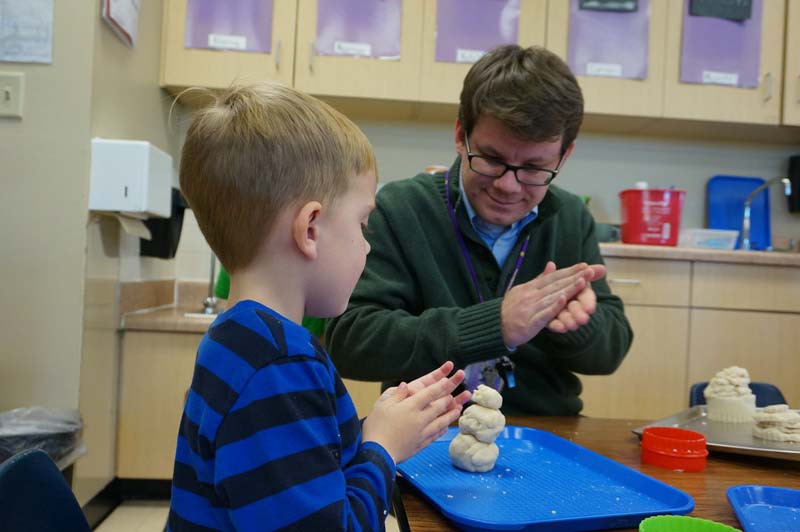 “If I could do my first day over again, I would slow everything down and take a million more breaths,” he said.  “My heart was pounding and I was going a mile a minute and trying to make the kids keep up with me. They had never been to school before. They just needed to have a calmer day than I think I provided them,” he added.

He says he has adapted his teaching style to be more flexible, allowing him to slow things down and focus on the needs of each individual child. “The biggest goal I have for my students is that they will be ready for kindergarten. They are about to go into a whole different world where they don’t get to play all day,” explained Preacher. “During the second half of the year we’re working on independence and literacy skills. We’re striving to build them up so they are ahead in 5K.” 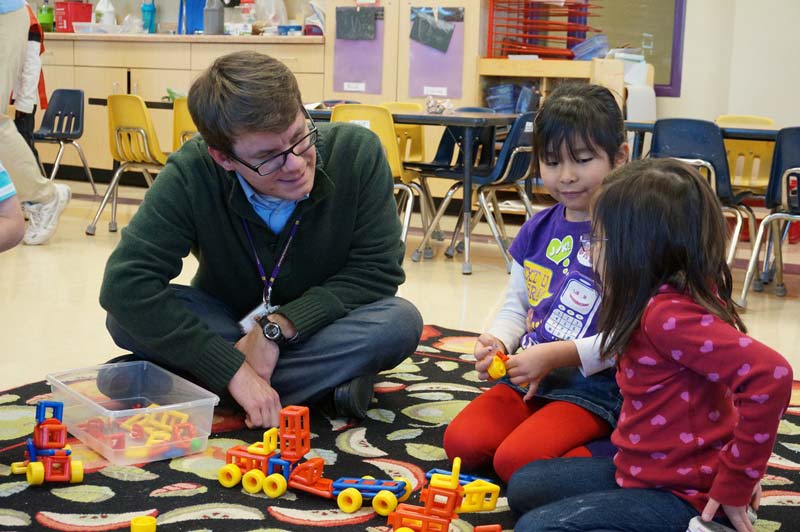 His mentor, Brittney Guenthner, said she is excited to visit his classroom to observe and get new ideas from Preacher. “He has created such a fun and exciting environment for his students and his enthusiasm is contagious.  Even when handling difficult situations in the classroom or when hit with the unexpected, he is quick on his feet and always very calm and collected,” she said. She added that his confidence in the classroom makes it hard to tell he is a first-year teacher.

The biggest surprise, said Preacher, is realizing how much he loves his students. “We all go into teaching because we love children, but you never realize until you have 23 children that you’re with eight hours a day, five days a week, how much you can love each one of them so much,” he said.