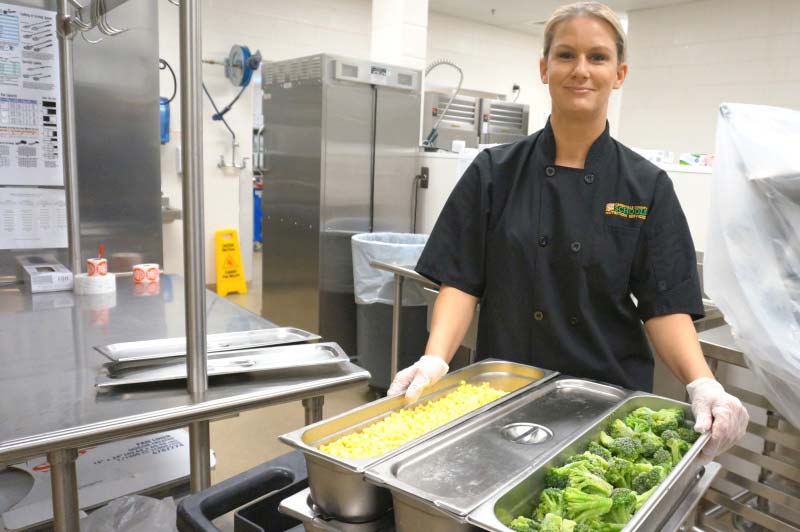 As a teenager, Angela Acuff was thrilled to have a job at the Burger King at Donaldson Center, where she became close friends with several Lockheed Martin employees. “They told me when I turned 18 I could apply for a job,” she said. Angie, as she is known, got the job and worked as an airplane mechanic for several years, serving as one of only a few women in the country working on the fuel tanks of Army and Navy planes. Lockheed helped her earn an Aircraft Maintenance certificate from Greenville Tech.

“I loved the job,” she said. “But after 9-11, everything went downhill, and I was laid off.” She quickly got another job at BMW, where she put doors, bumpers, running boards, and headlights on new Beemers.

“I liked that job, too. I’ve always have had a great group of people to work with,” she said. Once again, she was laid off, even though this time it was temporary. “I’m a single mother and my daughter was four years old at the time. Going to work at 5 in the morning and getting home at 6:30 at night didn’t give me enough time with her. After I was laid off I realized it just wasn’t the job for me,” she said.

“That’s when I came across Greenville County Schools Food and Nutrition Services,” she said. “I would have been a mechanic my whole career and never thought I’d be working in a kitchen. But after getting here and developing another family and interacting with the children, it really touched my heart. I just can’t walk away from this job.” 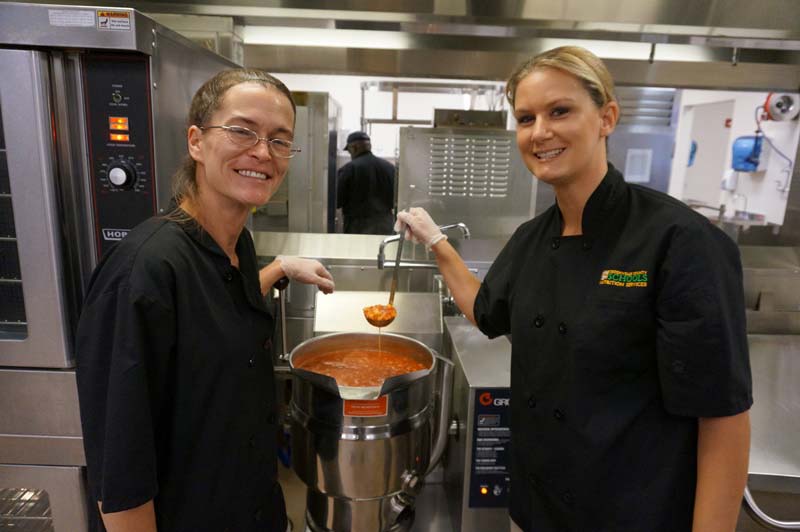 Since working at Greenville County Schools, Angie has gone back to school and earned a business degree. “I’m an assistant manager now and I really enjoy this job. I come in the mornings and I feed these kids. They will come to you crying, they’ll come to you laughing, they’ll tell you about their summer, and they’ll tell you how much they missed you and it pulls at your heartstrings. I only have one child, so I have plenty of love and discipline for them. I’m like their second mama!” she said laughingly.

“I think food and nutrition has come a long way since I was in school,” she said. “The food is healthier and children have so many more choices.” 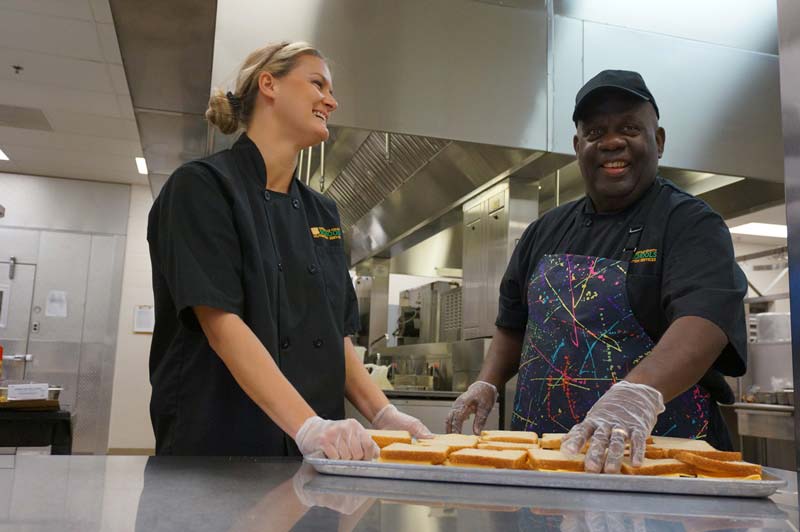 Michelle Peterson, Cafeteria Manager at Ralph Chandler Middle School, said Angie is a fantastic employee. “She’s a really hard worker. If I have to be out for any reason, I have no worries that she’s fully capable of handling the kitchen,” she said. “She really enjoys being around the children and getting to know them.”

As a food service employee, Angie has time after her shift is over to shuttle her “All-American” daughter between the many activities in which she’s involved, including softball, soccer, cheerleading, dance, pageants, and horseback riding. “I’m so fortunate to have a job where I can leave at 3:15 and spend the rest of the evening with my daughter,” she said.