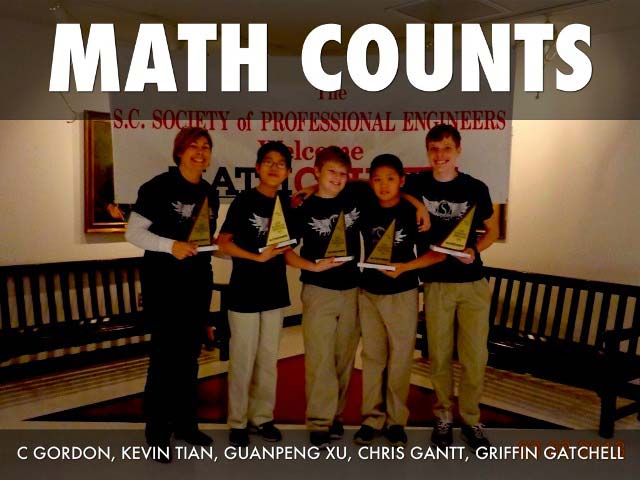 Andy Xu, an eighth grader at Sterling School, took home national first place honors in the written competition at the MathCounts National Championship in Boston with a perfect score and quickest tiebreaker round time. He took second place overall in the Countdown Round.

Andy was among 224 competitors from 50 states, U.S. territories and schools that serve the state and defense departments, who traveled to Boston after earning a spot in the national competition. More than 100,000 students nationwide participated in the local and state competitions that led to the first Raytheon MATHCOUNTS National Competition held in Boston. This year's competition was the 32nd in MATHCOUNTS' history.

Andy also served as the captain of the South Carolina State Team which was comprised of the top four individuals in the state. The state MathCounts team had their best performance in four years, earning 12th place out of 56 teams. This team was coached by Sterling School teacher Constans Gordon. Andy was also the captain of the Sterling School MathCounts team which is the current Chapter and State championship team. The other team members are Julia Zhu, Eugenia Fulcher and Andrew Kim. This team was also coached by Constans Gordon.