The Law Enforcement and Auto Technology programs at Donaldson Career Center (DCC) received the generous gift of two retired City of Greenville patrol cars that will be used to give students hands-on experiences in their career fields.

Captain Joe Browning of the Greenville City Police Department said they were excited to give back to the community. “These vehicles would have gone to auction. We’re happy that we could give them to Greenville County Schools so students can gain valuable experiences as they study law enforcement and automotive technology.” He added that one of the cars was retired just six months ago.

DCC Director Cassina Allen thanked Vice Mayor Pro Tem Lillian Flemming and credited her as the driving force behind the donation. “We are very grateful to the City of Greenville for giving us the patrol cars to help us in our efforts to prepare students for tomorrow,” she said.

Vice Mayor Pro Tem and Greenville City Councilwoman Lillian Flemming, who is also a former GCS teacher, commended Chief of Police Kenneth Miller for his role in securing the vehicles. “He started working on this the moment it came across his desk. He had a passion for fulfilling this for us, so we are very grateful for his support.” Flemming added, “Children learn by putting their hands on things. These young people have the opportunity to be in the field where they’re going to work. I’m proud of what I know they will do. I’m hoping the Law Enforcement program will allow us to get some great police officers for the City of Greenville.”

Auto Tech instructor Scott Chandler said students will now have opportunities they didn’t have before. “The cars have really made a difference because I can simulate real-world problems and have a student test and diagnose the problem and how to repair it,” he said.

Law Enforcement instructor La’Tonia Moore, who previously served as a deputy sheriff with the Greenville County Sheriff’s Office, is thrilled to have the cars. “Instead of teaching from a textbook or showing a video, we can actually put our hands on the patrol cars,” she said. Moore said her students will use the cars to learn how to conduct traffic stops, and added that there will be cross-training between the two programs so all students learn how to check fluids and conduct inspections. 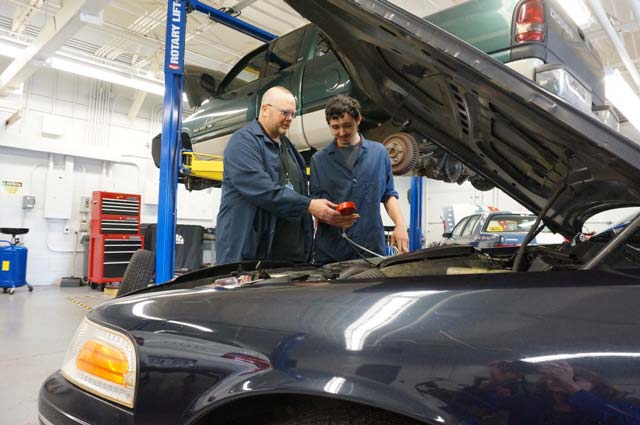 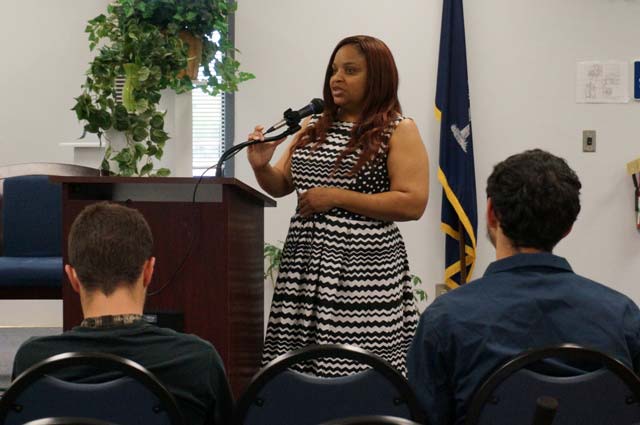 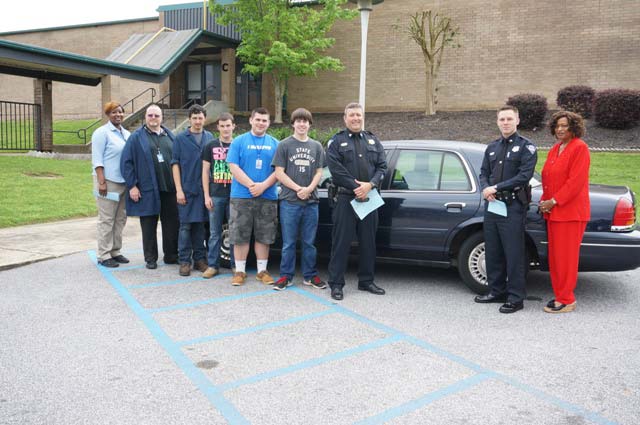 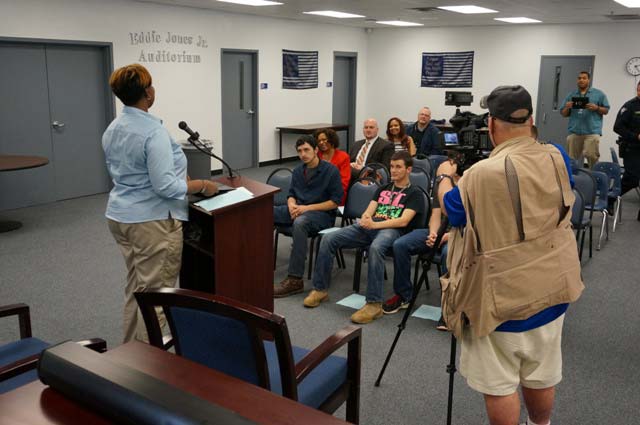 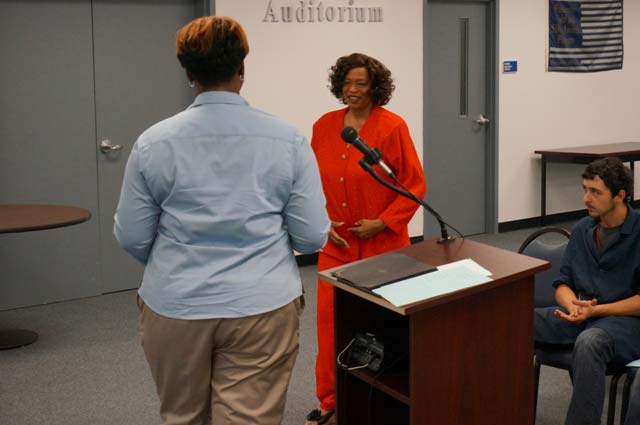 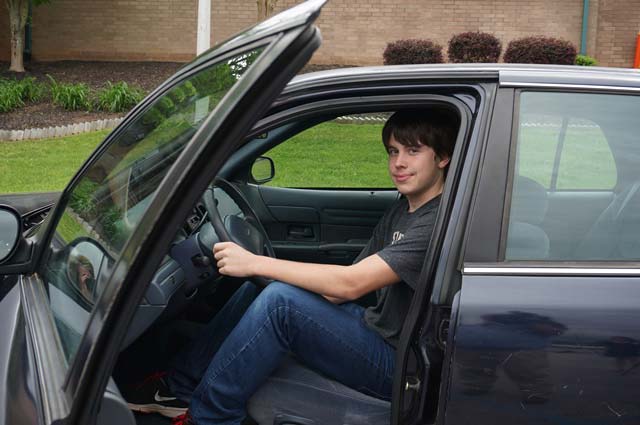