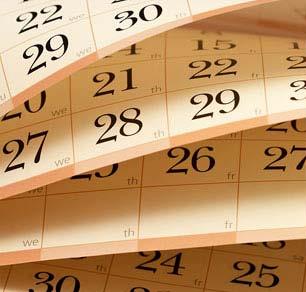 Greenville County Schools has released its 2015-16 calendar, noting that Spring Break, makeup days, last day of school, and school events during the spring may be impacted by State testing dates, which will be set no earlier than fall 2015.

The 2015-16 calendar has been on hold pending the State Department of Education’s (SDE) announcement of test dates for spring 2016. In addition, the SDE recently informed districts that State tests will have to be rebid and it will likely be no earlier than fall 2015 before the tests and test dates are known. The District will release a revised 2015-16 calendar when it receives State testing dates.

The tentative 2016 Spring Break dates are March 28 – April 1. The tentative last three days of school, May 31 - June 2, are half-days for students. Students will not attend school on Professional Development Workdays for teachers during the school year, which are October 15-16 and January 15.

The superintendent determines the school calendar after receiving recommendations from a calendar committee comprised of parents, teachers, principals, and district staff. The committee develops a recommended calendar based on input from parent groups, school faculties, and other employee groups.