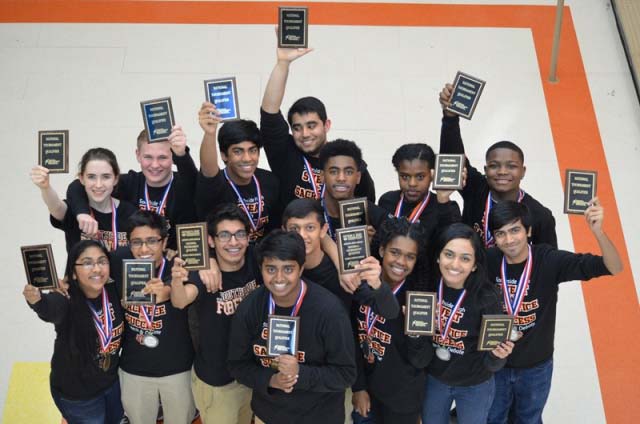 Congratulations to the Southside High Speech and Debate Team on a fantastic showing at the 2015 South Carolina National Speech and Debate Association District (National Qualifying) Tournament. The team completed the last South Carolina tournament of the year by winning its 8th consecutive overall SC District Championship. The team also won awards as the top school in the speech, debate and congress categories and as a result of all of this success, 15 students qualified to attend the National Tournament in Dallas, Texas, this summer.

Special shout-outs go to senior Rahul Raghavan for winning Lincoln Douglas and Congressional Debate (House One), Sophomore Hasna Karim for winning both International and Domestic Extemporaneous Speaking and Freshman Chase Garrett for winning in the Dramatic and Duo Interpretation categories.

Full team results are below: