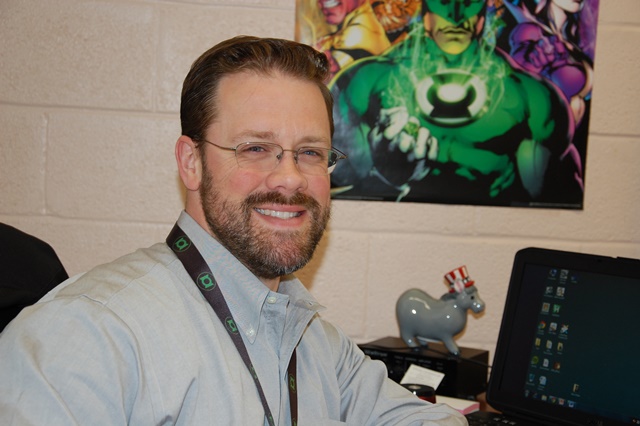 Michael Townes, an English teacher at West Greenville MSAP and a 1998 graduate of Riverside High School, will be featured on Friday’s edition of Jeopardy Teacher’s Tournament on WLOS-TV at 7:30 p.m.

Mr. Townes auditioned for the show several months ago in Nashville, Tennessee. The process included playing a “mock” Jeopardy game and going through an interview. Townes was selected and placed in the contestant pool.  In October, he was one of 15 teachers selected nationwide for the competition, and flew to Los Angeles for two days in October to tape the show.

The Teacher’s Tournament, which includes ten episodes and a chance at the semifinals, concludes with three finalists competing against each other in a two-day final round.  The grand prize is $100,000 and an invitation to return for the Tournament of Champions.