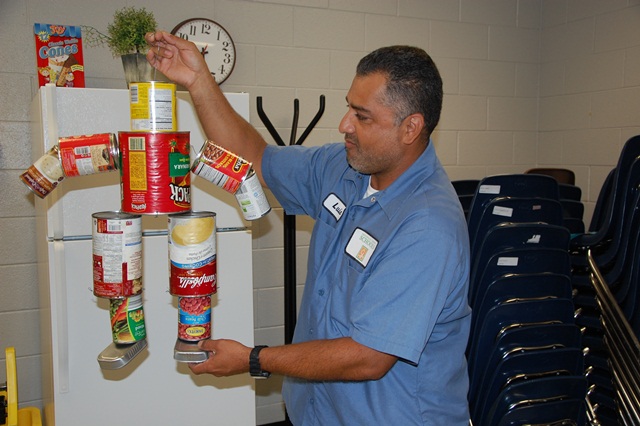 Luis Munoz, Robert E. Cashion Elementary head custodian, found it hard to believe students and staff members were throwing away so much potentially recyclable or reusable materials, particularly paper. “Paper is great stuff,” he said. “I often find paper in the trash without even one single word written on it.”

In response, Munoz began a program called Project Eco-stodian, a school-wide recycling program that encourages children to reduce the amount of waste generated at school and to reuse the materials to make toys and educational tools.  Munoz, who has served REC for two years, believes a school recycling program must become a learning tool where recycling can be integrated into all subject areas.  He has even taught classes at Robert E. Cashion on how to make toy cars and other items from recycled materials.