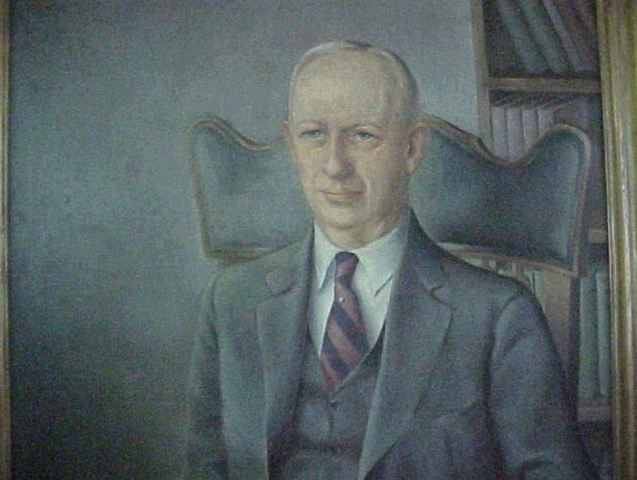 The history of our proud high school dates back to July 1, 1965, when it first opened. It was named after a former superintendent of Greenville County Schools, James Lewis Mann. Through the years, many changes have occurred; we are a very high caliber school.

The first principal was Mr. Larkin Bruce. When J. L. Mann first opened, it included grades 7-12. Our football stadium had no press box, so Mr. Bruce asked each student to bring in a cinder block, and the press box was built.

In the beginning, spirit was very high and students would often hold "sockhops", where students would take off their shoes and dance. In 1967, we won the state basketball championship - our first major sports victory. On February 17, 1970, Mann was integrated with students from Beck High, which is now Beck Middle School. The problems were few and short-lived. We have very good racial unity and there have been very few racial problems in our history.

J. L. Mann has changed in many ways. We are constantly adding new classes. We have 8 stationary labs and 10 mobile laptop labs. In 2013 we added and iPad cart and in 2014 we added a Dell Tablet cart. We continue to value the longstanding traditions at J. L. Mann such as Homecoming, Prom, Spirit Week and the Talismann Pageant.

We moved to our current location in December 2007 and opened a new addition in the summer of 2017 that is built for project based learning.

James Lewis Mann was born on November 7, 1872, in Abbeville County, SC, as the eldest child of a Methodist circuit rider, Coke Danby, and his wife Eliza Jane (Milford) Mann.

He received his early education at Walhalla, Reidsville, Spartanburg Co., and Old Edgefield. He began his college career at the age of 12 at Old Adger College in Walhalla, now Presbyterian College in Clinton. He started his teaching career at the age of 15 in a one room log cabin school in Jocassee Valley in Oconee County, SC. Later, he entered Emory College (now Emory University in Atlanta) where he received his B. A. degree.

Mann then served as a teacher at Oates School in Darlington County where he organized one of the first county high schools in the state. Two years later he left to become the superintendent of schools in Lancaster and then to Florence in the same capacity where he remained for 14 years.

He was instrumental in establishing the South Carolina Industrial School in Florence, replacing the Boys' Reformatory. He put through the legislation to approve the concept, drew the plans, supervised the construction with convict labor and was present when the first 15 boys arrived.

Dr. Mann headed a city school system which consisted of two thousand students and forty teachers. Six schools were in his domain; four white schools and two black schools. The graduating class of 1916 had eight students, all girls, finishing the 10th grade. The system expanded rapidly. The last class to graduate in 1940 under Mann's tenure consisted of 379 boys and girls finishing the 11th grade.

He was instrumental in instituting the first system in the state to provide free textbooks for white and black students. It is said that each year during his administration, a new building was completed as well as improvements and additions to existing facilities.

Dr. Mann was married to Sara Amelia Moss of Orangeburg and they had four children; James Moss,  Margaret, Kitty, and a daughter, Dorothy, who died at the age of four.

He was a member of Buncombe Street Methodist Church and taught the Men's Bible School for 12 years.

"Our country and state and nation stand in need of more men of his caliber in the sphere of leadership in education."

Other words that express his dedication to education and children are found on a plaque under the bronze bust of Dr. Mann located in the main hall of Greenville High School:

"I'd rather be loved by children,
Than crowned by world's acclaim.

Give me the trust of children's love,
and that is by dream of fame."

Because of Dr. Mann's service to education in Greenville, the Greenville County School District Trustees in 1965 approved the naming of the school under construction known at the time as Ridge Road Junior and Senior High, as "J.L. Mann High School."

Article was compiled and written by Bob Shell and Craig Marchant from newspaper clippings on file on Dr. J.L. Mann in the Greenville County Library.