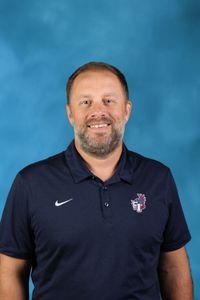 We would like to welcome Robby Bell as the Fountain Inn High School Athletic Director, effective July 1, 2020.  Coach Bell has been a teacher and coach for 16 years at Hillcrest High School. During that time he served as the head cross country coach (2005-2013), head wrestling coach (2014-2020), and was named the Teacher of the Year in 2020.  As the head wrestling coach, he led the Rams to back to back 5A State Championships in 2019 and 2020.

Born and raised in Fountain Inn, Coach Bell is a 1998 graduate of Hillcrest High School where he was a 4x State Wrestling Champion.  He continued his education and wrestling career at The Citadel where he was a NCAA Division One Qualifier.  Coach Bell and his wife, Andrea, live in Simpsonville with their two boys, RJ and Jase.